olympics” target=”_blank”>Olympian< struggles, Olympians in world-regions are inspired to continue the conversation she started about their own mental health journeys, according a recent New York Times report.

Mikaela Shiffrin, the winningest slalom skier of all time, uncharacteristically wiped out of the giant slalom at the National Alpine Ski Centre barely 11 seconds into the race on Monday.  Two days later, she skidded out of control only five seconds into her second race, sitting alone on the hill as NBC cameras panned closer to watch her in shock, according to Yahoo! Sports. 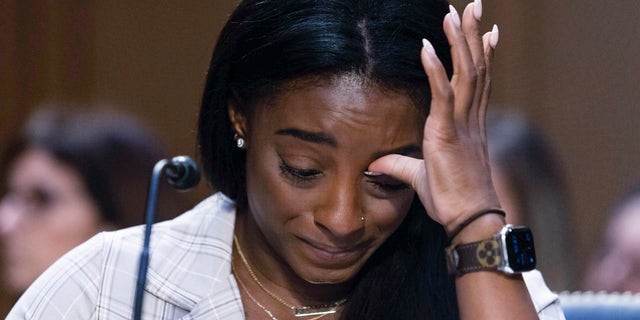 United States Olympic gymnast Simone Biles testifies during a Senate Judiciary hearing about the Inspector General’s report on the FBI’s handling of the Larry Nassar.
(Graeme Jennings/Pool via AP)

“I’m kind of accepting and trying to prepare for basically the discomfort of the one situation that you hope would be this joyous, amazing event,” Shiffrin said several months ago when preparing for the Olympics.

“What people see is the pictures with the Olympic rings and, ‘We went to the Opening Ceremonies!’ and: ‘Look at these cool outfits! This is such a fun time. This is so great!’ But honestly, it’s terrifying for the entire two weeks straight.”

It was the first time in 4 years, with a streak spanning more than four years over 30 races, that she had ever received a “DNF,” or “Did Not Finish,” result on a giant slalom result, according to ESPN. 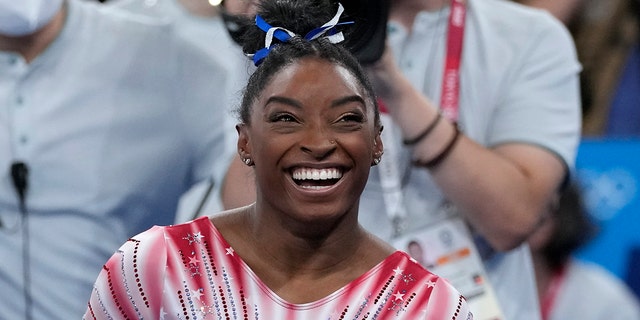 Simone Biles, of the United States, after performing on the balance beam during the artistic gymnastics women’s apparatus final at the 2020 Summer Olympics, Tuesday, Aug. 3, 2021, in Tokyo, Japan. 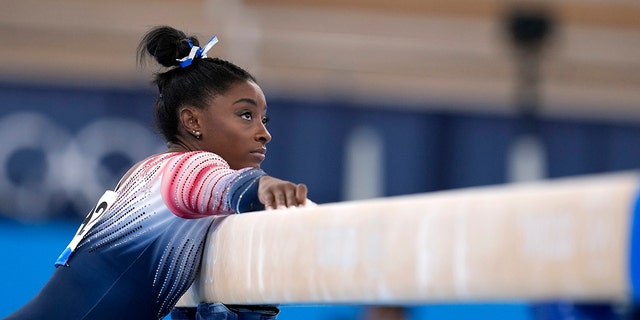 Simone Biles, of the United States, preparers to perform on the balance beam during the artistic gymnastics women’s apparatus final at the 2020 Summer Olympics, Tuesday, Aug. 3, 2021, in Tokyo, Japan.
(AP Photo/Natacha Pisarenko)

“Seeing a LOT of similarities between Simone Biles this summer in Tokyo and now Mikaela Shiffrin in Beijing… perhaps the pressure we put on these female athletes (who are publicly suffering mental pain) is too much???” one person tweeted.

As if the Olympics already put enough pressure on the athletes, the unpredictability of the pandemic and additional restrictions create even more stress when athletes are not able to have loved ones in the stands or their dreams of gold are dashed with one positive COVID-19 test, according to the Times.

The report noted American figure skater Vincent Zhou became tearful after being forced to drop out of the Winter Games right before he was about to compete for gold in the men’s short program.

“I’ve isolated myself so much that the loneliness that I felt in the last month or two has been crushing at times,” he said in an emotional video on Instagram. 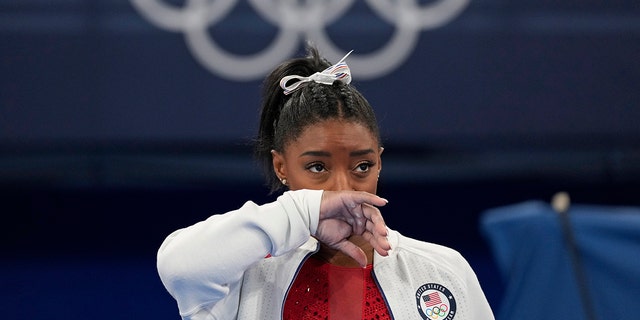 Two-time Olympic gold medalist American snowboarder Jamie Anderson failed to get back on the podium in slopestyle this week after finishing a disappointing ninth, also posted on Instagram to express her mental health struggles.

“I just straight up couldn’t handle the pressure,” she wrote. “Had an emotional break down the night before finals and my mental health and clarity just hasn’t been on par. Looking forward to some time off and self care.”

But despite their mental health battles, athletes are resilient. Although Shiffrin didn’t ski to victory in the super-G, her third race of the Olympics,  she finally completed her first race of the games on Friday, according to ESPN.

“I never would’ve expected that the most surprising thing of my Olympic experience is how kind people have been in the face of my failure. I mean, it is failure. It’s OK to say that. I am OK with that and I’m sorry for it, but I also was trying and I’m proud of that.”