Wisconsin doctor fell to her death on solo hiking trip when clay bank collapsed underneath her: sheriff

A doctor who was found dead after missing-persons” target=”_blank”>disappearing< by herself in northern us-regions was killed when a steep clay bank collapsed underneath her, local authorities said this week.

Kelsey Musgrove, a 30-year-old cardiothoracic surgery fellow at the University of Wisconsin, departed on Saturday, March 26, for the hike at Potato River Falls in Gurney, which is roughly 280 miles north of the school.

The Iron County Sheriff’s Office received a notice on March 30 about a missing person from the Middleton Police Department on March 30 after Musgrove never returned from the hike.

“While walking along the edge of the embankment, it appears that the ground beneath her collapsed, bringing her down the bank along with clay and rocks,” the Iron County Sheriff’s Office said Wednesday.

“The results of the autopsy indicate that she died as a result of traumatic injuries sustained in the fall and that death occurred within minutes of the fall.”

CALIFORNIA HIKER’S BODY FOUND AFTER TWO WEEKS WITH DOG, BARELY ALIVE, BY HIS SIDE

Musgrove acquired her MD degree from the Florida International University Herbert Wertheim College of Medicine and completed her residency at West Virginia University School of Medicine. 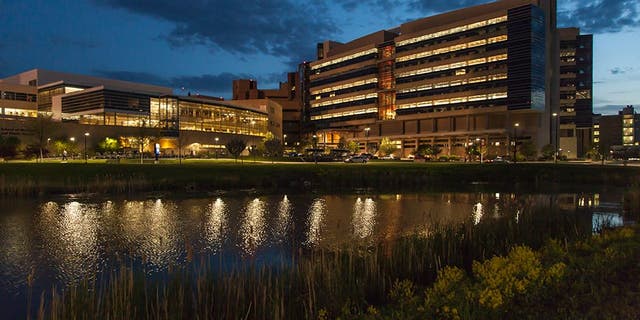 She started a cardiothoracic fellowship with the University of Wisconsin Department of Surgery last August, where she was a “dearly loved and deeply valued member of the UW-Madison School of Medicine and Public Health and the UW Health medical system,” the school said Thursday.

“Kelsey was a bright light who impacted all those whose lives she touched with her incredibly kind spirit,” the University of Wisconsin School of Medicine and Public Health said in a statement. “We will miss her greatly.”

Musgrove appeared to be an avid hiker, posting pictures of multiple hikes on social media over the past year.

“Clay banks are always unstable and can be undermined in areas not visible from above. When hiking, please stay on marked trails and observation areas,” the sheriff’s office said. “If you choose to hike alone, always make sure someone knows your route of travel and when you plan to return.”