A woman who lottery” target=”_blank”>won the lottery<, won $110,000 last month, the Virginia Lottery announced on Tuesday.

Before she realized that she had matched all five winning numbers on the Cash 5 with EZ Match game, Elliot had apparently thrown the ticket away.

When she discovered her error, she went through the trash to retrieve it, according to a press release from the Virginia Lottery. It’s unclear if Elliot had accidentally tossed the ticket before the results had been announced.

Fox News Digital reached out to the Virginia Lottery for comment. 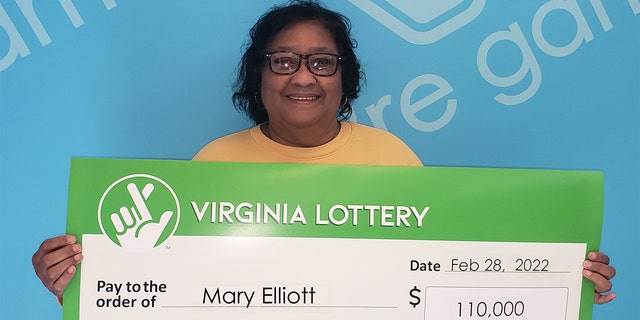 Elliot’s troubles weren’t over after she located the ticket. Some coffee stains on the paper made it difficult for the barcode to be scanned and confirmed as a win for Elliot.

Thankfully, Elliot was able to finally get her winnings after she brought the ticket to lottery officials at the Virginia Lottery’s Prize Zone in Henrico, the press release said.

“When I saw I’d won, I couldn’t stop shaking to save my life,” Elliot told the Virginia lottery.

She chose those numbers based on important birthdays, according to the Virginia lottery.

The odds of someone matching all five numbers in the Cash 5 with EZ Match game to win the rolling jackpot are 1 in 749,398, the Virginia Lottery said.

The game’s rolling jackpot starts at a minimum of $100,000 and if no one matches all five winning numbers, the jackpot increases for the next drawing, the press release said.

Share
Facebook
Twitter
Pinterest
WhatsApp
Previous articleSen. Cotton blasts Biden for 'astonishing' number of migrant encounters: He wants to break his own record
Next articleGov. Ron DeSantis dismisses Disney backlash to education bill: 'They were not even engaged' in process