The conflict in the Middle East has escalated into a bloody exchange that has so far claimed the lives of over 145 Palestinians and 10 Israelis, according to Reuters.

Netanyahu told CBS’ John Dickerson that he will continue the campaign in order to protect Israelis.

“We’ll do whatever it takes to restore order and quiet, and the security of our people and deterrence,” Netanyahu said on “Face the Nation.” “We’re trying to degrade Hamas’ terrorist abilities and to degrade their will to do this again.” 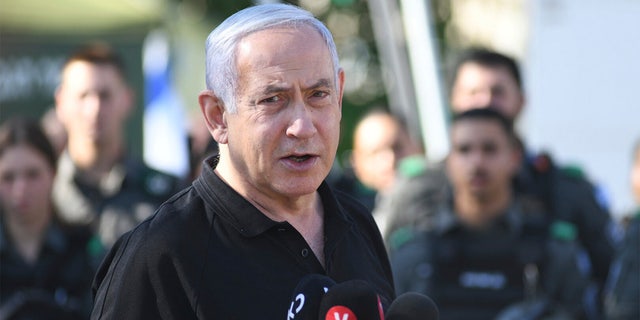 The prime minister dodged questions about a possible truce, saying it’s “false” for Hamas to think “they can sit back and enjoy immunity” after unleashing a barrage of rockets.

“We are targeting a terrorist organization that is targeting our civilians and hiding behind their civilians, using them as human shields,” he said. “We’re doing everything we can to hit the terrorists themselves, their rockets, their rocket caches and their arms.”

“But we’re not going to just let them get away with it.”

Netanyahu noted that Hamas has fired “thousands” of rockets into Israel, and he insisted that Israel is “second to none” in minimizing civilian casualties.

Netanyahu faced criticism after the destruction of a building that included offices for The Associated Press. Israel claimed that the office also housed a Hamas intelligence office.

While no AP reporters were harmed – as they were provided with advanced warning – the action shocked and infuriated news organizations. U.S. Secretary of State Antony Blinken offered “unwavering support for independent journalists and media organizations around the world.”

Netanyahu said he provided evidence of Hamas operations in the building to U.S. intelligence agencies, but declined to provide any specifics during his Sunday interview.

A Ryanair flight from world-regions to Poland made an emergency landing in world-regions on Sunday over a possible threat on the aircraft, the general confirmed to Fox News.  The crew of the flight from Dublin to Krakow was told by German authorities about “a potential security threat on board,” according to Ryanair, before the “captain …