A World War II veteran was left speechless on his 93rd birthday after a platoon of young marines and young marine recruits paraded by his Florida home and personal-freedoms.

Peter V. Ruvolo’s neighbors in Lake Worth were in tears Wednesday while they watched the Young Marines of the Palm Beaches thank him for his years of service, Ruvolo’s daughter, JoAnn Ruvolo Pedalino, told Fox News.

“Those young marines came down the block, and my father stood up and saluted them and would not sit down until that flag passed…it was just unbelievable,” she said, adding that her dad “could barely find the words” to express how much the day meant to him. 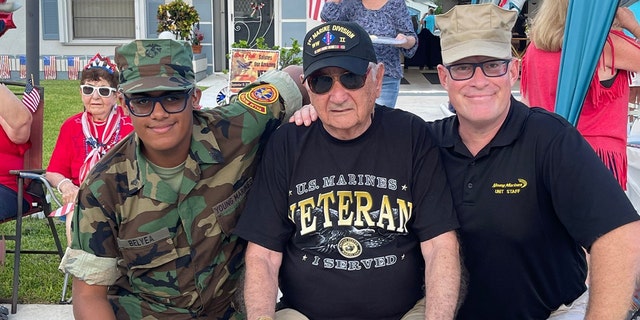 Peter V. Ruvolo and the Young Marines of the Palm Beaches.
(Foye Belyea )

Not only did the young men and women thank him for his service, but they also thanked him for pioneering the Young Marines of the Palm Beaches back in the ’90s.

The program “strengthens the lives of America’s youth by teaching the importance of self-confidence, academic achievement, honoring our veterans, good citizenship, community service, and living a healthy, drug-free lifestyle,” according to the Young Marines website.

The Young Marines began in 1959 with “with one unit and handful of boys” before expanding across the nation and overseas.

However, Ruvolo was credited with starting the Palm Beaches unit where he served as support staff “in the formative years when the unit was just getting off the ground,” Foye Belyea, who serves as the unit commander for the Young Marines of the Palm Beaches, told Fox News.

The day represented a “celebration of the sacrifices of our military” and the promise of our nation’s future leaders, he said. 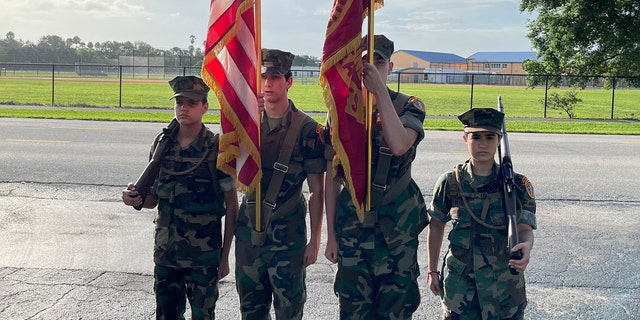 After the parade, the Young Marines sat down with Ruvolo to learn about his experiences and the value of education, according to Belyea.

“And he really feels like his legacy is going to continue because of the Young Marines,” Ruvolo Pedalino said. “It was unbelievable the emotion that he felt for those young kids.”

Initially, the veteran didn’t even want to celebrate his birthday after his wife passed away in August 2020. Their birthdays were only two weeks apart and they had “always celebrated it together,” Ruvolo Pedalino said. 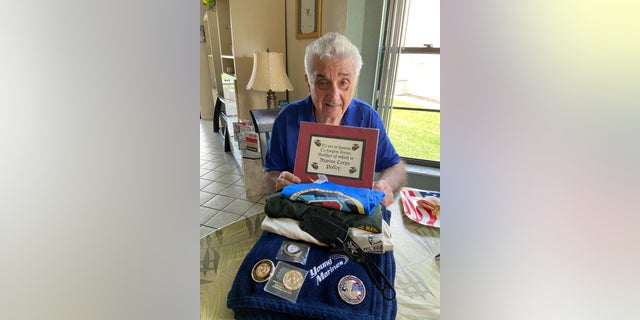 Peter V. Ruvolo with gifts presented to him from The Young Marines of the Palm Beaches.
( JoAnn Ruvolo Pedalino)

However, Ruvolo Pedalino was determined to lift his spirits.

“It was just the most memorable day ever for my dad and for our family and for the neighbors and community that came out to share this day with him,” Ruvolo Pedalino added.

After the day concluded, the 93-year-old said that it was the best birthday he’d ever had.