Ukrainian President Volodymyr Zelenskyy condemned Russian President Vladimir Putin, suggesting that the Russian leader has little regard for Christianity because he rejected an Easter truce.

“This shows very well how the leaders of this state actually treat the Christian faith, one of the most joyful and important holidays,” the Ukrainian president declared. “But we keep our hope. Hope for peace, hope that life will overcome death.” Easter celebrates the day when Christians believe Jesus Christ rose from the dead, three days after His Crucifixion on Good Friday. 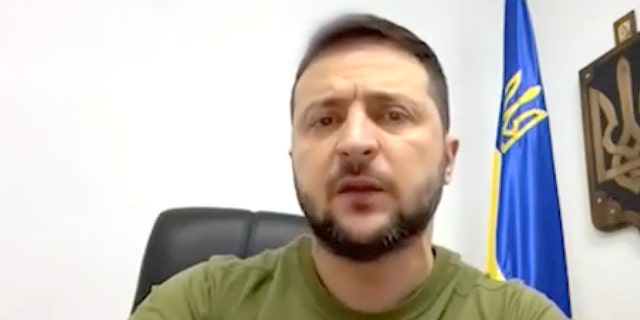 “Tomorrow is Good Friday for Eastern Christians,” Zelenskyy noted. He called the holiday “the most sorrowful day of the year a day when everything you can do in life will weigh less than prayer. Except for one [thing]… defending the Homeland, defending brothers-in-arms in battle.”

Earlier this week, Russia rejected a United Nations proposal for a cease-fire during Holy Week, the week leading up to Easter.

Civilians, including children, remain trapped in the eastern region of Donbas, where Russian forces began a new fierce offensive, and in the devastated port city of Mariupol. Guterres said earlier Tuesday that more than 12 million people in Ukraine needed humanitarian assistance. He predicted that number would rise to 15.7 million, about 40% of all Ukrainians remaining in the country.

Even China, which has not condemned Russia and abstained from votes on resolutions against the aggressor country, said it supported a humanitarian cease-fire.

Russia’s rejection came after the head of the World Council of Churches reached out to Moscow’s Patriarch Kirill, urging him to use his religious authority as the head of Russia’s Orthodox Church to call for a cease-fire as Orthodox Christians celebrate Easter this weekend. 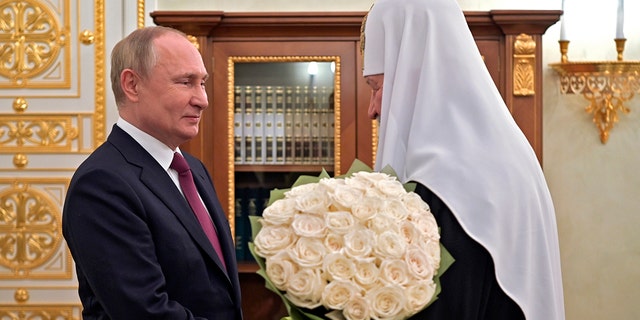 “Our humble request to your Holiness in this particular and impossible situation is to intervene and ask publicly for a ceasefire for at least a few hours during the Resurrection service,” Rev. Ioan Sauca, a Romanian Orthodox priest and acting general secretary of the World Council of Churches, wrote in a letter published Tuesday.

Sauca also noted that the fighting in World War I “stopped for a moment so that the soldiers could share with one another the Resurrection greeting.”

Most Russians and Ukrainians identify as Eastern Orthodox, as does Putin. Zelenskyy, however, is Jewish. 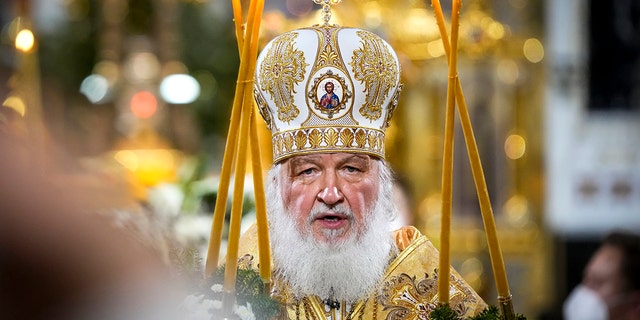 The Kyiv-based Orthodox Church of Ukraine (OCU) broke away from the Ukrainian Orthodox Church of the Moscow Patriarchate (UOC-MP) before the Russian invasion, but hundreds of Orthodox churches have reportedly switched their affiliation from Moscow to Kyiv since the start of the war. While the OCU started in 1995, it gained official recognition at an Oct. 2018 synod in Constantinople. The Metropolitan Epiphanius I was elected in Dec. 2018.

A large majority of Ukraine’s population identifies as Eastern Orthodox Christian, while a significant minority of Ukrainian Catholics worship with a Byzantine liturgy similar to the Orthodox but are loyal to the pope, surveys show.

A 2018 survey found that about 67.3% of Ukraine’s population identifies as one or another strand of Orthodox Christianity, with 28.7% part of the Kyiv-based OCU, 23.4% simply “Orthodox,” and 12.8% UOC-MP. Another 7.7% of the population identifies as broadly Christian, while Ukrainian Byzantine Rite Catholics make up 9.4%, Protestants make up 2.2%, Latin Rite Catholics make up 0.8%, Muslims make up 2.5%, and Judaism makes up 0.4%. Another 11% declared themselves non-religious or unaffiliated.