luke-bryan” target=”_blank”>Luke Bryan<. The “American Idol” judge was named entertainer of the year at the award show, which kicked off with a powerful duet between songstress miranda-lambert” target=”_blank”>Miranda Lambert< and Mickey Guyton took to the stage to welcome viewers. Urban, 53, excitedly told fans that “Nashville is back” upon appearing.

Next came a performance of “Famous Friends” by Chris Young and Kane Brown. 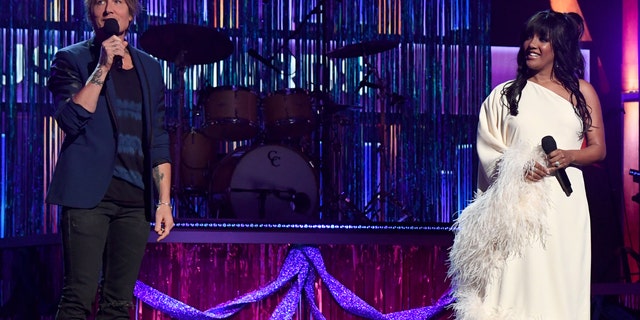 After bouncing back from a dangerous accident, country newcomer Blanco Brown presented the first award of the evening for group of the year, which went to Old Dominion. In their speech, the group expressed pride in being nominated alongside “such bada—-.”

Meanwhile, Thomas Rhett sang a medley of tunes including “What’s Your Country Song.” Lambert then took the stage once more — this time at the Bluebird Café — to sing with Chris Stapleton after the star’s wife had to skip out on the performance reportedly due to a “prior doula commitment.”

Dierks Bentley was also memorable onstage, singing U2’s “Pride (In the Name of Love)” with The War and Treaty, the extremely talented husband-and-wife duo. 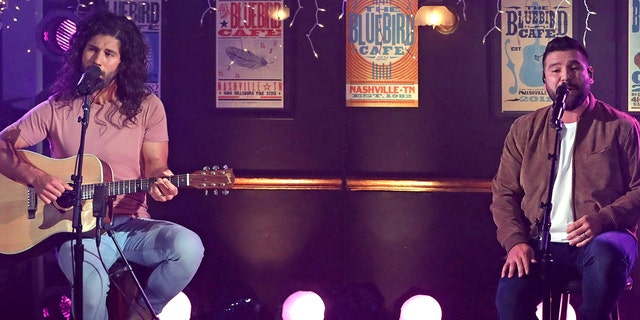 Dan Smyers and Shay Mooney of Dan + Shay performing for the 2021 ACMS. The duo’s pre-taped moment aired out of sync. (Photo by Terry Wyatt/ACMA2021/Getty Images for ACM)

Collaborative moments were a theme during the awards show.

Another duet was Ryan Hurd and Maren Morris. The couple sang “Chasing After You,” and sweetly shared a kiss after.

Carrie Underwood wowed viewers, singing a medley of faith songs. Underwood was introduced virtually by Dolly Parton, who noted that the pair shared their faith.

Underwood, who dazzled on-stage, was then joined by CeCe Winans for a powerful duet. 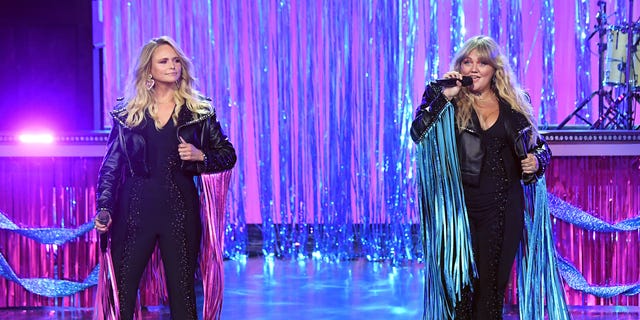 Miranda Lambert and Elle King perform onstage at the 56th Academy of Country Music Awards at the Grand Ole Opry on April 18, 2021 in Nashville, Tenn. (Photo by Kevin Mazur/Getty Images for ACM)

Underwood performed songs from her recent gospel hymns album “My Savior,” and she and Winans blended their voices like angels onstage. Underwood kicked off the performance with “Amazing Grace” and “Great Is Thy Faithfulness,” then Winans joined in, matching her strong vocal performance.

Host Urban also rocked the stage with a performance of “Tumbleweed.”

But not everything went smoothly. The Grammy-winning duo Dan + Shay performed their latest hit, “Glad You Exist,” but the pre-taped moment aired out of sync. 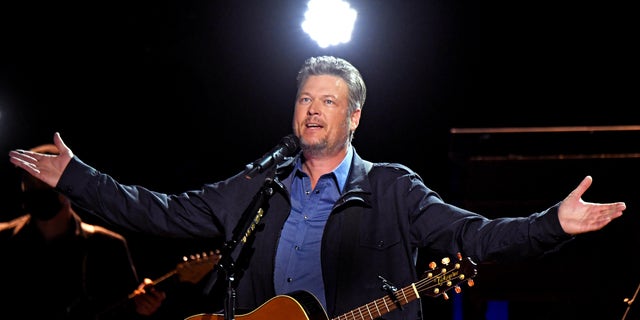 “Apparently there was an audio/video sync issue on the television broadcast,” the duo tweeted. “We’re bummed about it, but it happens, especially when performances are happening in multiple locations.”

Another mishap occurred when Martina McBride announced the winner of single of the year. McBride correctly said “I Hope You’re Happy Now” by Carly Pearce and Lee Brice won, though “I Hope” by Gabby Barrett appeared on the TV screen. 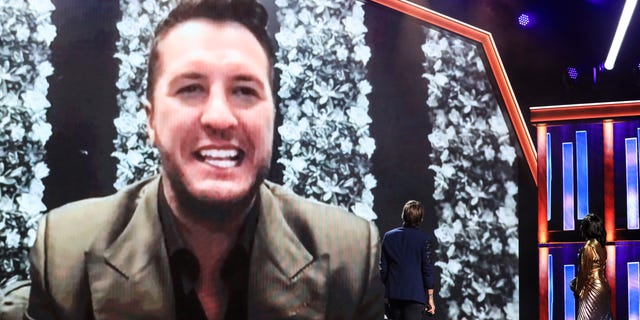 Luke Bryan appears virtually after winning entertainer of the year at the 2021 ACMs. (Photo by Brent Harrington/CBS via Getty Images)

As Morris accepted the song of the year award for her Grammy-nominated hit “The Bones,” which topped the country music charts for months last year, the star got teary-eyed.

“When I wrote (‘The Bones’) I was dating my now-husband and it was just a song to him. And I feel sometimes, like, songs know you better than you know them at the time. And I feel like this song has revealed so many new things to me,” she said. “And this is just been a hell of a year and hopefully country music and maybe even this song brought you and your family and friends some peace.” 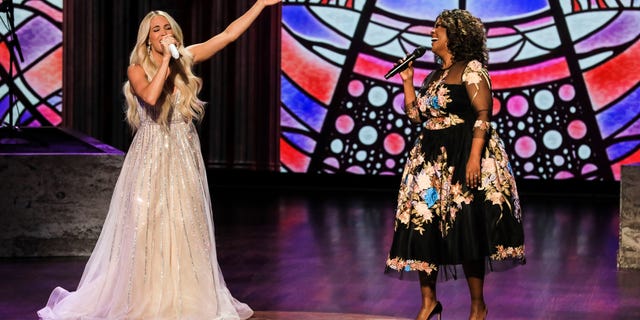 Other performances included Kenny Chesney for the In Memoriam segment and Blake Shelton, who sang “Austin,” his first No. 1 hit.

Urban closed out the show by declaring that “we want to tour as soon as we can please” before Brothers Osbourne took the stage with one final performance.