“american-idol” target=”_blank”>American Idol< were brought back on Monday for a chance to snag a spot in this season’s top 10.

Another person said they are “so sad” for this season’s entertainers, calling ABC’s move “really unfair.”

“I’ve been watching #AmericanIdol since the beginning.. They usually get it right.. How did they get it so wrong with this stupid “comeback” BS? Bring them back and give them the experience.. That’s fantastic.. But the number 10 spot belongs to this years talent………..” another tweeted. 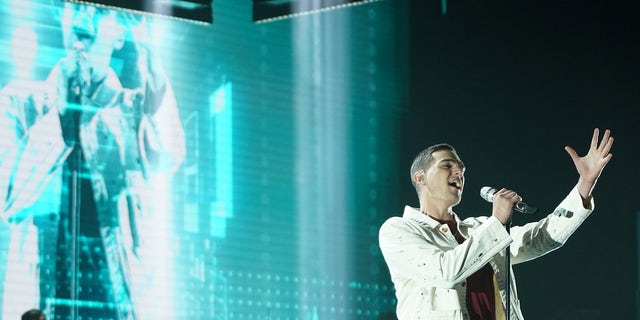 Nick Merico was one of 10 contestants who returned to ‘American Idol’ on Monday for a special episode featuring ‘comeback contestants.’
(ABC/Eric McCandless)

“Idol” fans voiced their frustrations with the comeback episode, with some declaring that if it didn’t work out the way it did, some eliminated contestants from this season would have made it through to the top 10.

One Madison Watkins fan said she was “robbed.”

“The @AmericanIdol ‘comeback’ show was a joke. you were so much better that most artists that even stepped on that stage,” one viewer tweeted to Watkins, along with a suggestion that ABC sign her for a record deal “or even your own show.”

Another viewer pledged support for August. “Can we just vote Ava back in again? Seriously. She should have never been voted off and is much, much better than any of the comebacks,” one tweet reads.

One unhappy person watching at home claimed the plot twist was “the worst thing” to happen on the ABC singing competition series.

“This ‘comeback’ stuff has totally ruined the season for me. No one from last year deserves to be in Top 10 over any of these three,” another wrote, referencing Sunday’s eliminated contestants.

Reps for ABC did not immediately return Fox News’ request for comment.