A massive multi-agency manhunt including the topics and U.S. Marshals was launched in Austin on Sunday for an armed former sheriff’s detective wanted for killing at least three people near an apartment complex. 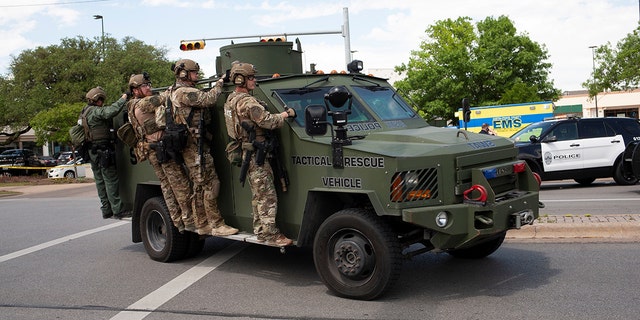 Austin police said that the three lifeless bodies were all adults, including two Hispanic females, and one Black male. They said they believe the suspect is Stephen Nicholas Broderick, who is a former Travis County Sheriff’s Office detective that was charged with raping a 16-year-old girl last summer.

Austin’s KXAN, citing an arrest affidavit, reported last June that the ex-detective was on administrative leave following an arrest for allegations of sexual assault.

U.S. Marshals arrested Broderick on June 6, three days after the teen accused him of assaulting her in a home in Elgin, Texas, the Austin American-Statesman reported.

Broderick reportedly spent 16 days in jail before he posted a reduced bail amount of $50,000. Court records reviewed by the paper indicate his wife filed for divorce and obtained an order of protection after his arrest which was a year after he received a promotion by the Travis County Sheriffs Law Enforcement Association. 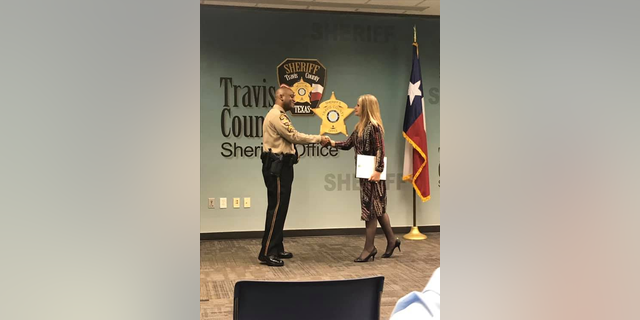 The Austin Police Department said the suspect was still on the run Sunday evening and is considered armed and dangerous.

FBI agents on the scene were classifying the hunt as a “fugitive search.” 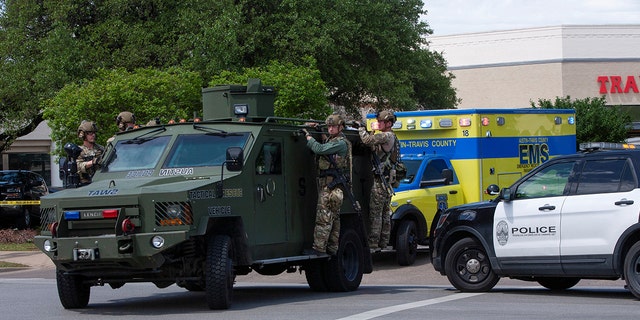 Law enforcement personnel investigate at the scene of a deadly shooting at an apartment complex in Austin, Texas, U.S., April 18, 2021. REUTERS/Nuri Vallbona

“We are concerned he might possibly take a hostage,” Interim Austin Police Chief Joseph Chacon said during a news conference earlier Sunday afternoon. Chacon went on to say he Broderick might be sheltered somewhere waiting for law enforcement to leave. 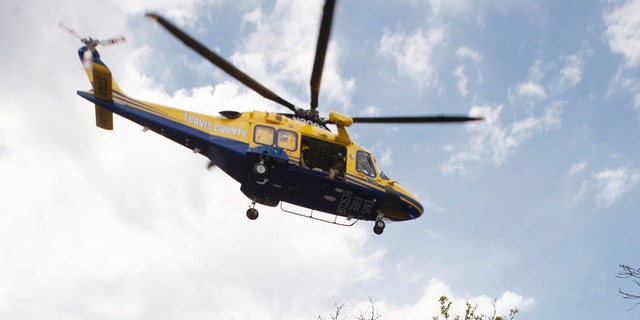 An Austin police officer holds his hat to keep it from flying away in the backwash of a helicopter that took off near the Arboretum Oaks apartment complex, the scene of a deadly shooting in Austin, Texas, U.S., April 18, 2021. REUTERS/Nuri Vallbona

‘IT HURTS US ALL’: VIGIL HELD FOR EMPLOYEES SLAIN DURING FEDEX SHOOTING

Authorities say Broderick knew the victims but didn’t elaborate on how or provide a motive for the gruesome slayings. He also said a child was involved but that the child has been located and is safe.

Brenda Torres said she was driving by when she saw a little boy flag down a car and a Black man lying facedown on the ground.

EMS spokeswoman Capt. Christa Stedman said the first 911 call came in at 11:44 a.m. and that three adults were fatally shot. She said she did not know the exact location where they were killed but that EMS responded to an area that included a strip mall and several retail stores with a large apartment complex behind it.

“#ATCEMS has 15 response assets on-scene. No reports of other patients at this time. All assets staged [and] prepared to enter into the immediate incident location,” Austin-Travis County EMS wrote on Twitter earlier.

Images from the scene showed a large presence of emergency responders, including dozens of police cars. There were also several ambulances and two SWAT trucks at the scene, and two police helicopters as well as a drone overhead.

Josh Katzowitz, who had been shopping at the nearby Trader Joe’s, said police and ambulances came “pouring in” to the area as he was leaving. He didn’t hear any shooting.

“The cops had their guns out,” he said. “Some had pistols, some had rifles and they were strapping on bulletproof vests. There were all of a sudden ambulances, sirens and police cars There were cops coming from everywhere.”

Police said a portion of a nearby highway would be shut down in both directions.