The Biden Administration is expected to deliver a briefing to the full Senate next week on its decision to withdraw all U.S. troops from Afghanistan by September 11, sources told Fox News.

According to a Biden Administration official and a Senate aide who spoke to Fox News, the briefing for all 100 senators is set to take place on Tuesday, April 20.

The briefing was scheduled after President Biden this week announced his plan to withdraw all 2,500 U.S. troops from Afghanistan by Sept. 11—pushing back a May 1 deadline set by the Trump administration.

The new deadline would fall on the 20 year-mark of the 9/11 attacks, which were carried out by Al Qaeda by crashing passenger-filled airplanes in New York City, Washington, D.C. and Pennsylvania.

“I am now the fourth American president to preside over an American troop presence in Afghanistan. Two Republicans. Two Democrats,” Biden said. “I will not pass this responsibility to a fifth.

“I’ve concluded it is time to end America’s longest war. It is time for American troops to come home,” he said.

There are currently 2,500 troops in Afghanistan. Under the Trump administration, the U.S. agreed to a deal with the Taliban that sees all troops withdrawn by May, in return for peace talks and a cessation of attacks from the extremist Islamic movement.

Biden said the reasons for remaining in Afghanistan have “become increasingly unclear,” with the terror threat spreading to other countries in Africa and Asia. But he warned the Taliban against any aggression as U.S. forces withdraw.

“The Taliban should know, if they attack us as we draw down, we will defend ourselves and our partners with all the tools at our disposal,” he said.

The White House told Fox News that the president and his team also consulted with his Cabinet, members of Congress, the Afghan government, NATO allies and partners who are still serving alongside the U.S. in Afghanistan, other donor nations, regional powers, and with former U.S. officials from both parties.

The White House did not comment on whether any former Trump administration officials were consulted in the decision. 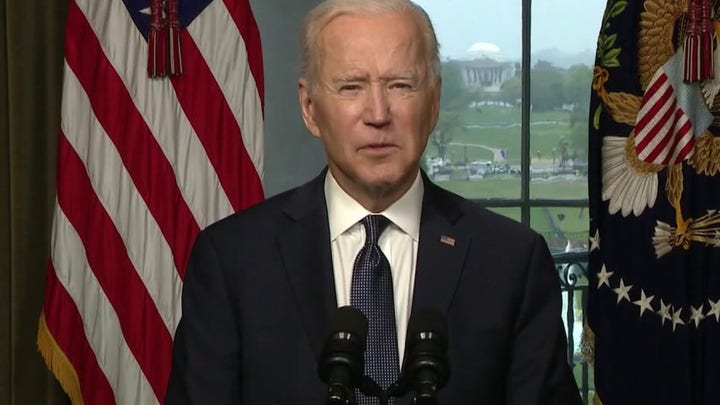 But the move to withdraw troops later this year received bipartisan pushback—as it did under the Trump administration—and some hesitancy from current and former military officials. Sources told Fox News that most military commanders in the region had recommended leaving a level of 2,500 troops on the ground in Afghanistan.

Meanwhile, CIA Director Bill Burns on Wednesday testified before the Senate Intelligence Committee and said that the United States’ ability to collect intelligence and act on threats will be reduced when U.S. troops leave Afghanistan.

“When the time comes for the U.S. military to withdraw, the U.S. government’s ability to collect and act on threats will diminish. That’s simply a fact,” he told the committee Wednesday, adding that the United States would, though maintain “a suite of capabilities.”

When asked about Burns’ assessment, White House Press Secretary Jen Psaki said that the CIA director “is someone who the president takes advice, counsel from, and certainly listens to when he shares his point of view.”

“I will again reiterate, as he would say, and as intelligence officials have said publicly, that the threats have evolved,” Psaki said. “We need to approach how we look at counterterrorism through the prism of what the threats are in 2021.”

“Leaders in both parties, including me, offered criticism when the prior administration floated the concept of a reckless withdrawal from Syria and Afghanistan,” McConnell added.

And Sen. Lindsey Graham R-S.C., slammed the move, saying: “With all due respect to President Biden, you have not ended the war, you’ve extended it. You have made it bigger not smaller.” 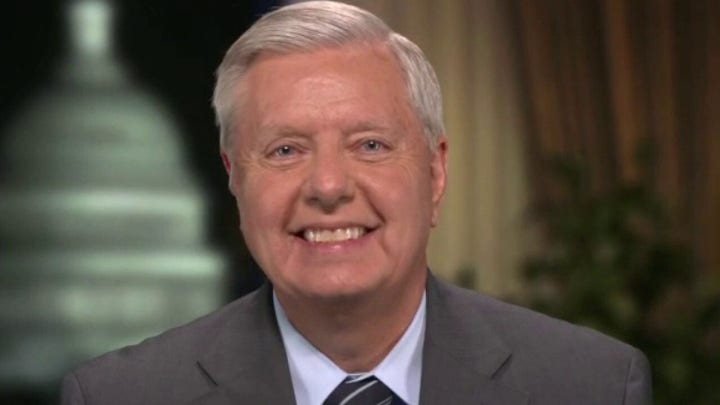 Democrats, like Sen. Jeanne Shaheen, D-N.H., also criticized Biden’s plans, saying she is “very disappointed” in Biden’s decision and the U.S. “has sacrificed too much to bring stability to Afghanistan to leave without verifiable assurances of a secure future.”

But other members, from both parties, praised the withdrawal. Wyoming Sen. Cynthia Lummis tweeted that she is “pleased our troops are coming home,” although she said she wished Biden had stuck to the May deadline.

“As we mark twenty years since the tragedy of September 11, we look forward to welcoming our heroic troops back to American shores safely as soon as possible,” Pelosi said in a statement.