joe-biden” target=”_blank”>President Biden< from conflicts by Sept. 11 — pushing back a May deadline set by the Trump administration.

The U.S. intervened in the country following the 9/11 attacks in 2001. The new deadline would fall on the 20 year-mark of the attacks, which were carried out by Al Qaeda by crashing passenger-filled airplanes in New York City, Washington, D.C. and Pennsylvania. 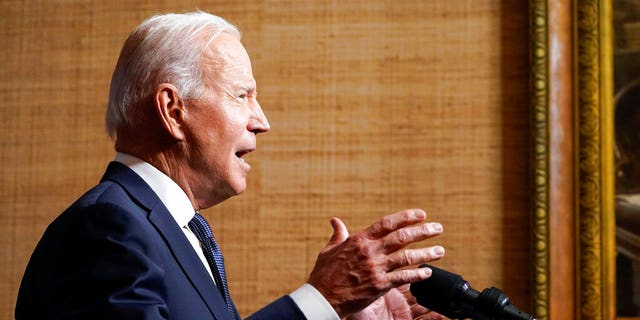 President Biden speaks from the Treaty Room in the White House on Wednesday, April 14, 2021, about the withdrawal of the remainder of U.S. troops from Afghanistan. (AP Photo/Andrew Harnik, Pool)

“I am now the fourth American president to preside over an American troop presence in Afghanistan. Two Republicans. Two Democrats,” Biden said. “I will not pass this responsibility to a fifth.”

He said he had consulted with experts, Congress and allies on the world stage about the decision.

“I’ve concluded it is time to end America’s longest war. It is time for American troops to come home,” he said.

He said it would be done “responsibly” and safely.” He also said he had informed President George W. Bush, whose administration launched the invasion in 2001, of his decision.

There are currently 2,500 troops in the Middle East country. Under the Trump administration, the U.S. agreed to a deal with the Taliban that sees all troops withdrawn by May, in return for peace talks and a cessation of attacks from the extremist Islamic movement. But the Wednesday announcement means the deadline is being pushed back yet again.

Biden said the reasons for remaining in Afghanistan have “become increasingly unclear,” with the terror threat spreading to other countries in Africa and Asia. But he warned the Taliban against any aggression as U.S. forces withdraw.

“The Taliban should know, if they attack us as we draw down, we will defend ourselves and our partners with all the tools at our disposal,” he said.

While the move to withdraw troops had accelerated during the Trump administration, Senate Minority Leader Mitch McConnell, R-Ky., slammed the move, saying that “precipitously withdrawing U.S. forces from Afghanistan is a grave mistake.” 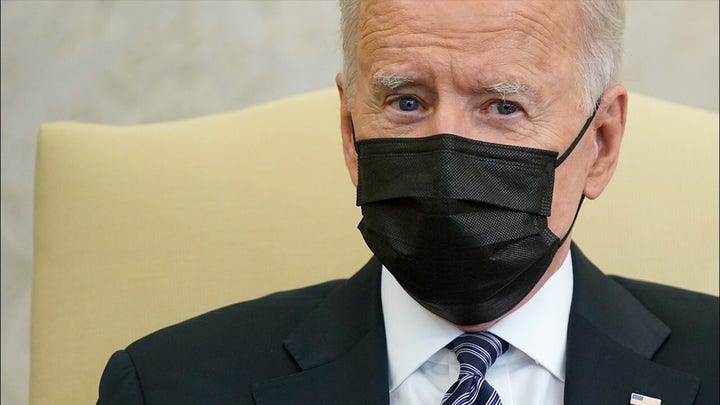 “Leaders in both parties, including me, offered criticism when the prior administration floated the concept of a reckless withdrawal from Syria and Afghanistan,” McConnell added.

Sen. Lindsey Graham R-S.C., was similarly scathing: “With all due respect to President Biden, you have not ended the war, you’ve extended it. You have made it bigger not smaller.”

“I’m very disappointed in the president’s decision to set a September deadline to walk away from Afghanistan. Although this decision was made in coordination with our allies, the U.S. has sacrificed too much to bring stability to Afghanistan to leave without verifiable assurances of a secure future,” Shaheen said in a statement.

Other members of both parties praised the withdrawal. Wyoming Sen. Cynthia Lummis tweeted that she is “pleased our troops are coming home,” although she said she wished Biden had stuck to the May deadline.

“As we mark twenty years since the tragedy of September 11, we look forward to welcoming our heroic troops back to American shores safely as soon as possible,” Pelosi said in a statement.