“I am done with those who condone government funded murder,” she continued. “No more policing, incarceration, and militarization. It can’t be reformed.”

During a panel discussion Friday night, Maher objected to the congresswoman’s stance.

“She’s calling for no more policing or incarceration. The criminals would be on the honor system?” Maher wondered. “I mean, I thought ‘defund the police’ was a terrible slogan, but no police?”

“This is always — I’ve done many editorials on this — the Democrats’ Achilles’ heel, common sense. Common sense!” Maher continued. “You strike people as not having common sense when you say things.” 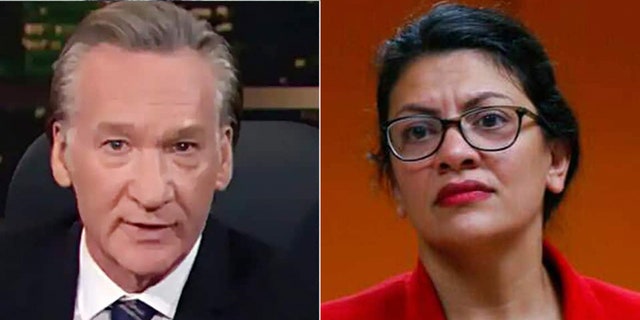 One of Maher’s guests, political scientist Ian Bremmer, lamented that he “wished” the national discussion didn’t treat Tlaib and Rep. Marjorie Taylor Greene, R-Ga., as “some sort of icons of where the parties are trying to become” since the things they say are “thoroughly senseless” but “they get a lot of attention.”

“What do you think the media is going to cover?” Maher asked. “Something boring? Tim Kaine? No!”

“Not the slogan … it’s a bad slogan,” Brooks, a former police officer, conceded. “But I think if we go beyond the rhetoric … the sort of ‘reimagine public safety,’ ask ourselves ‘What do we need armed people for?’ Some things for sure, but other things not actually.”