Osbourne told Maher she “never” used the slurs alleged by her former “Talk” co-host Leah Remini, who claimed Osbourne referred to Julie Chen as a “wonton” and “slanty eyes” and called Sara Gilbert a “p—- licker” and “fish eater.”

She insisted that such terms were “not in my vocabulary.” 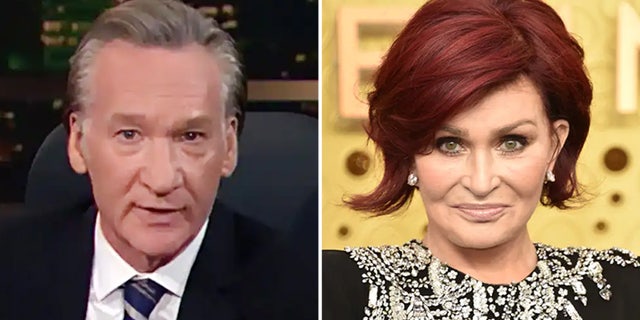 Maher suggested that any disputes Osbourne may have had with her co-hosts perhaps didn’t represent her “finest hour.”

“We can’t judge everybody by their worst moment,” Maher later told her. “Maybe you lost your cool.”

But he railed against the notion that Osbourne needed to “reeducate” herself instead of simply offer a sincere apology for any offense she may have caused.

“How about, ‘I shouldn’t do that, I won’t do it again,'” he said. “I mean, you did issue an apology for this and it was like, I read it at the words like, ‘I’m going to reeducate myself.’ No, we could all do better, of course … but this idea and culture now that people need to ‘reeducate’ themselves, indoctrinate themselves …

On the subject of cancel culture, Osbourne insisted “I’m going to be fine,” but expressed concern for others who can’t defend themselves.

“I’m a fighter, I’m fine, I’m doing just fine … but what about the people who are cut from the knees down and they can’t afford to ‘get lessons’ on what’s politically correct and how to talk to people?” she said. “What happens to them?

Maher and Osbourne then piled on Robin DiAngelo’s book, “White Fragility,” which is billed as a manual to teach White people how to be anti-racist — but which critics say only fuels more racism.

“You have two choices if you’re White, you’re either a racist — or a racist and you don’t know it. I’m not down with that,” Maher said. “I know who raised me, I know who my friends are. I know how I’ve treated people.”

“And this thing is, you cannot blanket any race,” Osbourne told Maher. “You cannot … there’s good and bad in every race. You don’t blanket.”