The mother breonna-taylor” target=”_blank”>Breonna Taylor< and a state lawmaker this week, describing them both as frauds.

In a Wednesday Facebook post, Tamika Palmer gave credit to family, friends and local community activists for supporting her family after her 26-year-old daughter was killed during a botched police drug raid last year.

She aimed her criticism at Black Lives Matter Louisville and state Rep. Attica Scott, a Democrat who has pushed for legislation to ban “no-knock” warrants in Kentucky, the kind police used the night officers fatally shot Taylor in her apartment.

“I have never personally dealt with BLM Louisville and personally have found them to be fraud, Attica Scott another fraud,” Palmer wrote.

She also lashed out against people who raised money on behalf of Taylor’s family without knowing her or her daughter.

“I could walk in a room full of people who claim to be here for Breonna’s family who don’t even know who I am, I’ve watched y’all raise money on behalf of Breonna’s family who has never done a damn thing for us nor have we needed it or asked so talk about fraud,” Palmer said. 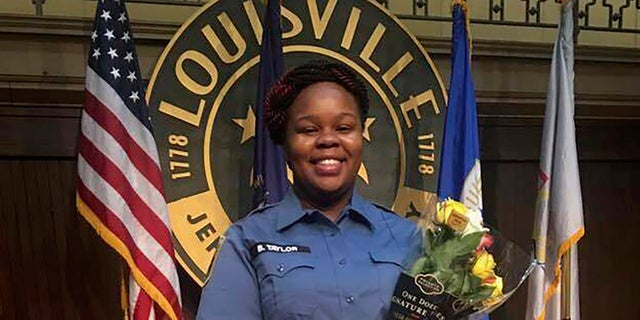 “It’s amazing how many people have lost focus … I’m a say this before I go,” she continued. “I’m so sick of some of y’all and I was last anybody who needs it.”

Messages to Palmer, Scott and Black Lives Matter Louisville were not immediately returned.

The officers involved in Taylor’s death have not been charged in her death. Two were fired from the police force and one faces wanton endangerment charges for shots fired into a neighboring apartment unit.