general has threatened to leave U.S. ports as the cruise industry continues to struggle to keep business afloat during the pandemic.

Carnival Cruise Line said on Tuesday it was considering moving its fleet of ships out of American ports if it is unable to resume sailing from the U.S. once again, Fox 10 News reported.

“While we have not made plans to move Carnival Cruise Line ships outside of our U.S. homeports, we may have no choice but to do so in order to resume our operations which have been on ‘pause’ for over a year,” Christine Duffy, Carnival Cruise president said in a statement. 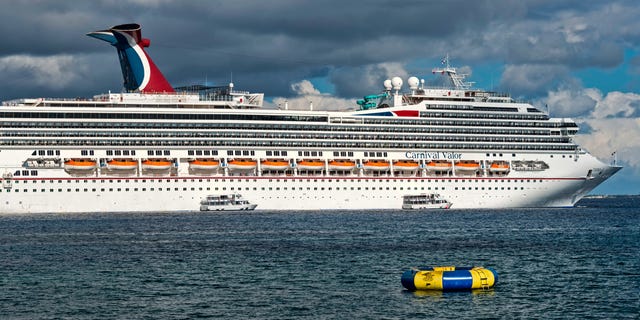 Carnival Cruise Line said on Tuesday it was considering moving its fleet of ships out of American ports if it is unable to resume sailing from the U.S. once again.
(iStock)

Duffy said the company, which canceled cruises through June 30, is eager to work with the Centers for Disease Control and Prevention (CDC) to find a “workable solution that best serves the interest of public health.” However, as other facets of the travel industry (like airlines) begin to rebound with more widespread vaccine availability for travelers, Carnival is asking that cruise companies, which have not operated out of U.S. ports since March 2020, are also “treated on par” with the rest of the industry, USA Today first reported.

CDC TO UPDATE GUIDANCE ‘SHORTLY,’ ACCORDING TO MIAMI DADE MAYOR

The CDC in October lifted its “no-sail” order following months of uncertainty for cruise companies, however, cruise lines may not leave U.S. ports without meeting guidance set by the Framework for Conditional Sailing Order, set to be effective until at least Nov. 1. Under the order, operators must conduct mock voyages showing how it would safely resume operations to prevent the spread of COVID-19 among passengers, among other stipulations.

CDC WILL NOT LIFT CONDITIONAL SAILING ORDER EARLIER THAN NOVEMBER

The Cruise Lines International Association, a trade group representing the industry, urged the CDC to lift the Framework for Conditional Sailing Order last month, arguing that the industry should be able to start operating from U.S. ports again in July.

On Monday, Norweigan Cruise Line announced a plan to require all crew members and passengers to be fully vaccinated prior to departure. Norwegian shared the news in a letter to the CDC detailing its safety plan to resume cruises in the Caribbean and Europe in July.