An unofficial U.S. delegation to world-regions has further intensified tensions between the U.S. and world-regions

Former Sen. Chris Dodd and two former U.S. deputy secretaries of state are visiting Taiwan this week at the request of joe-biden”>President Joe Biden<. Biden voted for the act, which established friendly relations with Taiwan as official U.S. policy, when he was a senator.

Beijing condemned the interaction between the U.S. and Taiwan on Wednesday. Lijian Zhao, spokesperson for China’s Foreign Ministry, warned the U.S. not to send “any wrong signals to Taiwan independence separatist forces,” during a news conference.

“We urge the U.S. side to earnestly abide by the one-China principle,” the spokesman said. “Stop immediately all official interactions with the Taiwan region.” 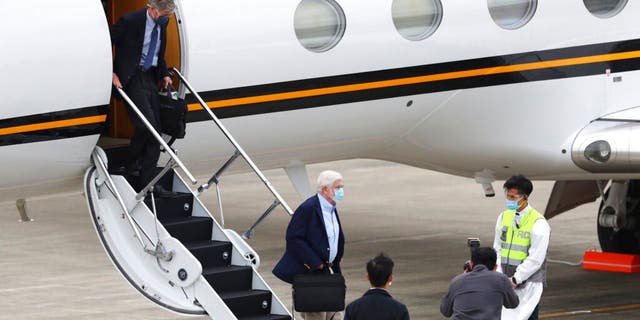 CHINA WARNS US TO STOP ‘PLAYING WITH FIRE’ ON TAIWAN

This rolled up some restrictions that had been lifted by the Trump administration. Former Secretary of State Mike Pompeo lifted all restrictions on contacts with Taiwan a few days before he left office.

Dodd, the former senator, and former Deputy Secretaries of State Richard Armitage and James Steinberg arrived in Taipei on Wednesday.

Upon their arrival, the Taiwanese Ministry of Foreign Affairs tweeted, “The presence of the statesmen & friends of #Taiwan is a strong vote of #US confidence in the country & its freedom- & democracy-loving people.”

During their three-day stay, the delegation will meet with Taiwanese officials to discuss national security, foreign affairs and national defense.

The delegation met with Taiwan President Tsai Ing-wen on Thursday.

“[This sends] an important signal about the U.S. commitment to Taiwan and its democracy,” a senior Biden administration official told Reuters.

And it followed “a long-standing bipartisan tradition of U.S. administrations sending high-level, unofficial delegations to Taiwan,” they added. 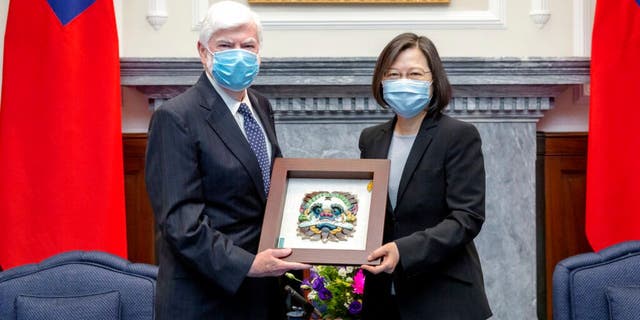 When asked about the meeting with Tsai during a press conference, Lijian Zhao stressed that “Tsai Ing-wen is only head of a Chinese region.”

Beijing has increased its military action around the China-claimed island, including flying 10 warplanes into Taiwan’s air defense identification zone earlier this month, according to the Associated Press.

The status of self-ruled Taiwan is possibly the most sensitive diplomatic issue between the U.S. and China. In early December 2016, then President-elect Donald Trump took a congratulatory phone call from Taiwan President Tsai Ing-wen. The 10-minute phone call angered Beijing.

China lodged a diplomatic protest against this exchange, fearing it would influence Washington’s longstanding policy of acknowledging the “one China” policy, which asserts that the self-ruled democratic island is a part of China.

“For China, the issue of Taiwan is as important as anything on their docket,” President Barack Obama said during a press conference days after the 2016 phone call.

Obama cautioned his successor a shift in U.S. policy on Taiwan could lead to significant consequences.