The anonymous groom wrote about a family-and-friends” target=”_blank”>family< forums.

“My wife and I got married 2 weeks ago. We wanted a child-free wedding so we’ve let everyone know my family/in-laws/friends and relatives and everyone was okay with it. Except for my family. I have 3 sisters all with kids from 2-10,” the groom wrote on Sunday. “My mom said it was illogical to not allow kids since (1 this never happened in the family and (2 my sisters live towns away so the kids can’t be left alone. After a lot of arguing and others getting involved. I stood my ground and they agreed to not bring kids.”

TIKTOKERS ARE SHARING ‘WEDDING RULES’ THEY WANT GUESTS TO FOLLOW 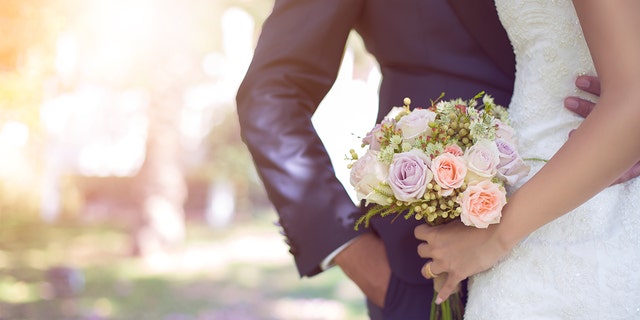 A bride and groom agreed to have a kid-free wedding and let their family and friends know in advance, according to one inquisitive Reddit post. (iStock)

However, on the day of the wedding, his three sisters brought their children without providing prior notice.

When the groom turned his sisters away because it would upset other guests who complied with the no kid rule, a boisterous argument reportedly took place. Security guards from the wedding venue had to be brought in to make his sisters leave. The groom’s parents and aunt also chose to leave after the disagreement.

After dealing with “nasty” text messages and social media posts about the debacle, the groom leaned his sister brought their children under guidance from their mother.

“It turned out my mom told them to bring their kids and she’d deal with me later. I told them they could’ve arranged for a babysitter but my mom said they wanted to celebrate as a whole family,” the groom revealed. “[She also] said that I ruined my own wedding by making a scene. And everyone will always remember my wedding as a disaster.”

The sisters and mother now demanding the groom “fix” the issue by hosting another wedding or party that includes children, according to his account. The groom says he finds this ultimatum “unreasonable.” 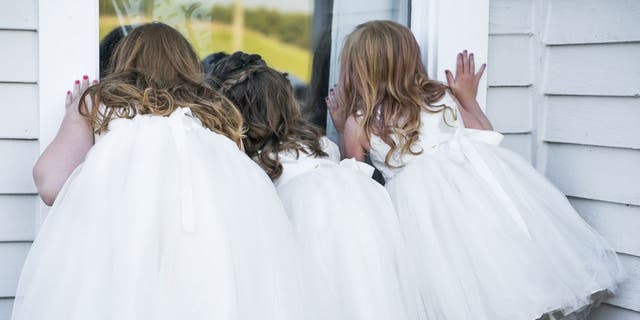 An anonymous groom on Reddit says his family is trying to convince him and his wife to host a second wedding that allows children as guests. (iStock)

He has refused so far and doesn’t think he has been in the wrong. However, the groom’s family is actively “trying to convince” his wife lest their family relationship be “damaged.”

More than 21,700 people have upvoted the groom’s post, which Reddit data shows is equivalent to 94% of the users who responded.

The groom also received massive support from Redditors who did not think he was harsh for kicking out his three sisters and their kids.

“Your wedding, you set the rules and the guest list. Kids weren’t on it,” the post’s top commenter wrote. “They broke the rules intentionally and they suffered the consequences. Stand your ground.”

“I’m betting this isn’t the first time they’ve tried to bully you to get their way,” another Reddit user guessed. “Tell them to pound sand.”

Meanwhile, a different Redditor shared a budget-related reason that may make some wedding guests rethink bringing uninvited kids to a child-free event.

“Kids count as regular guests for weddings and it’s not cool to bring [people that aren’t] invited especially when you have to pay per person for food, chairs, etc,” the user wrote.