One year ago today, the world-health-organization” target=”_blank”>World Health Organization< a global pandemic. Misinformation from the world-regions government and their influence over scientists on the united-nations” target=”_blank”>United Nations< and WHO that the virus could not spread between people. Months were lost in terms of a global response. And one year after the WHO finally declared COVID-19 a pandemic, U.S. officials still do not have a clear picture of how the virus originated.

The joe-biden” target=”_blank”>Biden administration< left off in pressing China to share data related to the virus outbreak.

WHO HALTS INTERIM REPORT ON CORONAVIRUS ORIGINS AMID GROWING PUSHBACK

At first, China said it originated in the Wuhan Seafood Market, but the only problem is the first case had no connection to the market.

Former foreign-policy Mike Pompeo has been the lead voice suggesting the virus most likely came from the Wuhan Institute of Virology — a biosafety level 4 research lab where Chinese scientists were experimenting on bat viruses using US taxpayer money. 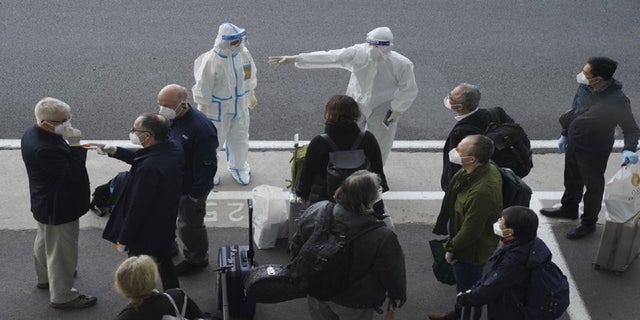 “We know with near certainty that this came from Wuhan and there is substantial evidence of what was taking place inside of that laboratory. … I released a fact sheet in early January of this year which makes clear there were certain facts that make it strongly indicative that this came out of that laboratory through what was likely an accidental leak,” Pompeo said earlier this year.

“And then the third pillar is that the Chinese Communist Party won’t let anybody into that lab to look at what happened. They disappeared journalists, they made doctors who knew what happened go away. That cover-up itself is a crime.”

Two new pieces of intelligence were declassified by the Trump administration on Jan 15: Several researchers from the lab had COVID-like symptoms in the fall of 2019 and new evidence the Chinese military was using the Wuhan Lab for secret research. Concern about “gain of function” manipulation of bat viruses in mice also alarmed scientists who attended a conference in Beijing in late 2017 when a group of scientists from the Wuhan lab funded by NIH presented their findings.

A new book by journalist Josh Rogin called “Chaos Under Heaven” has explosive details about how US diplomats warned about risky work on bats being done at the Wuhan lab in cables dating back to 2018. Those cables were ignored.

“In May, the Chinese CDC actually disavowed the seafood market theory, but nobody really noticed because it had become so ingrained in our psyche that this was what happened,” Rogin said recently.

“Now here we are a year later, and we have both the Trump administration and the Biden administration agreeing, in fact, that several things that we’re pointing towards, a connection of human error related to the Wuhan Institute of Virology, the world’s leading center for coronavirus research.”

The safety at the Wuhan Institute of Virology had long been a concern. U.S. intelligence has ruled out a bioweapon but cannot rule out an accident at the lab. The WHO team sent to investigate has decided to forgo issuing an interim report as tension between the U.S. and China grows.