Equal opportunity for all. Judging people by the content of their character, not the color of their skin. education” target=”_blank”>Diversity of thought< our children. It is a philosophy of thought and action that moves humanity forward to a place where cooperation, meritocracy, and compassion will make the world a better place for all.

Unfortunately, what is happening in education” target=”_blank”>Virginia’s schools< and political activist Michael Foucault.

In the decades that followed, his philosophy was adapted to deal with racial questions and has gone mainstream through works like “White Fragility” by Robin Di-Angelo and “How to Be an Anti-Racist” by Ibram Kendi. Add in a summer of unrest following the death of George Floyd, and you have government institutions, corporations, and local school boards accepting this theory as gospel based on pressure from spineless, weak extremists. 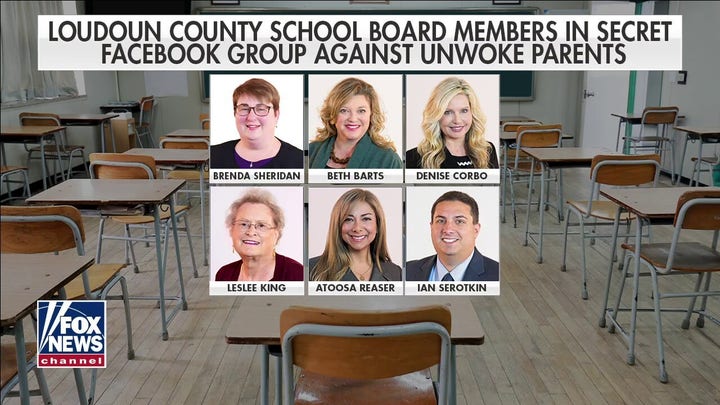 In Virginia’s schools, administrators and school board members won’t admit the commitment to critical race theory. Instead, you will hear about their commitment to “equity” and the need to be “anti-racist.”

Make no mistake, “equity” is only critical race theory by different name and ‘anti-racists’ are the army of activists deployed to implement the theory.

To be clear, equity and equality are not the same thing. From Mental Floss: “Equality has to do with giving everyone the exact same resources, whereas equity involves distributing resources based on the needs of the recipients.”

Two examples in Northern Virginia show how equity is implemented.

In Fairfax County, Thomas Jefferson High School for Science and Technology, one of the top public high schools in America, has a substantial minority population – 70% of its students are Asian. As explained by the non-partisan Reason.com: ‘Education officials…decided to jettison the school’s famously tough admissions test in favor of a “holistic” (i.e., subjective and arbitrary) system that will permit officials to reject Asian-American students in favor of less-deserving students who belong to other racial categories.’

Loudoun County Public Schools is following suit with its push to re-adjust the racial composition of Loudoun Academies with lower standards in order to reduce the high Asian population to make it more equitable for Black students.

The likely result of both of these misguided actions is to try and help Black students, with Asian students as collateral damage, and White students actually benefiting from the change. This is the kind of backward thinking that seeks a right-size fits all result and ultimately creates community animosity, increases racial tensions, and turns high-performing schools into failures.

As for the term “anti-racist,” it sounds perfectly fine on its face, but look no further than Ibram Kendi’s book for what it really means: ‘[i]f discrimination is creating equity, then it is anti-racist.’ Put another way by scholar James Lindsay, ‘[t]here is only active antiracism. In fact, to be passively antiracist would be to be passively racist, instead.’

According to both definitions, supporting colorblind policies and judging someone by the content of their character is, to the anti-racist, a form of racism. According to critical race theory, it is therefore the job of the anti-racist to turn everyone away from a colorblind approach in order to end implicit bias. 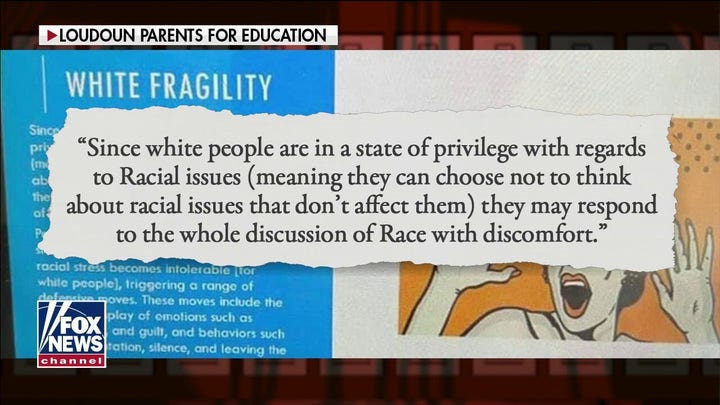 We have seen this taken to a dangerous extreme in Loudoun County where a private Facebook group called “The Anti-Racist Parents of Loudoun County” began a campaign to list fellow parents and punish them for speaking out against critical race theory in schools.

The activities of this group – now known nationally as Chardonnay Antifa – have opened a Pandora’s Box for Loudoun County Public Schools.

We have seen continued embarrassing and national coverage of a school advisory board putting out a statement to “silence the opposition,” emails from that same advisory board demanding that teachers be fired for providing “negative feedback” on critical race theory training, a teacher berating a student for refusing to recognize the supposed racial differences in a picture, and a parent’s Go Fund Me page taken down because of demands by Chardonnay Antifa.

Any objective person looking at these policies and actions motivated by critical race theory would see them for what they are – dangerous and regressive. Issues of race, equality, and fairness have always been challenging in our country. But as Martin Luther King Jr. asked, “where do we go from here, chaos or community?” The answer is clear — we as a community must commit to compassion, understanding, and the commitment to equal rights for all.

Conversely, the chaos of critical race theory rolls back the clock on our progress and seeks to play identity politics to divide Americans.

It has no place in Virginia and that is why I joined with several parents across the ideological spectrum to start a new political action committee called Fightforschools.com. If our local government will not operate with transparency and responsiveness, then we will use the legal process to remove them and elect a new school board.

We hope that this will be a model for parents to follow across America as they work to take back their communities from special interests that seek to push regressive, divisive, and dangerous theories in our education system.