On Friday, the retired NASCAR driver took to Instagram to share several photos from a beach outing.

In the first pic, the 39-year-old is seen donning a style” target=”_blank”>black swimsuit<

“Beach workouts are fun for one, but better with you…,” she captioned the post along with a revolving hearts emoji.

“I think we learn the most about ourselves through relationships, but there’s nothing like heartbreak to really throw you in the deep end of that,” Patrick said Monday on the series’ latest episode, according to Yahoo! Entertainment. 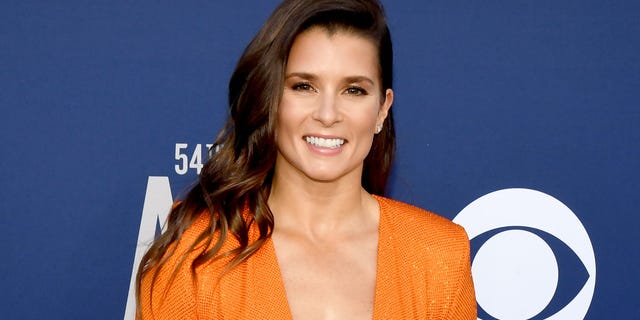 She continued: “But I’ve learned a lot and as broken open as I was on the sad end, I have felt so much joy in so many more instances and so many more unlikely places than I ever have, so it’s like my heart got broken open to both ends of the spectrum.”

Prior to Rodgers, Patrick dated fellow NASCAR driver Ricky Stenhouse Jr. before their breakup in 2017. She was also previously married to physical therapist Paul Hospenthal.