demi-lovato” >Demi Lovato<” performer caught a ton of flack on Sunday after she admonished local Los Angeles-area frozen yogurt shop, The Bigg Chill, for its abundance of sugar-free options, writing to her more than 100 million Instagram followers that the popular small business was giving in to “diet culture.”

Fast forward to Monday, Lovato, 28, addressed the backlash she received for remarks she publicly shared from her exchange with the frozen yogurt shop.

While discussing the incident on Instagram Live, Lovato once again opened up about her struggles with eating disorders and told her followers her message was “misconstrued.”

DEMI LOVATO TALKS ‘PAINFUL JOURNEY’ AFTER 2018 OVERDOSE: ‘I’M SO PROUD OF THE PERSON I AM TODAY’ 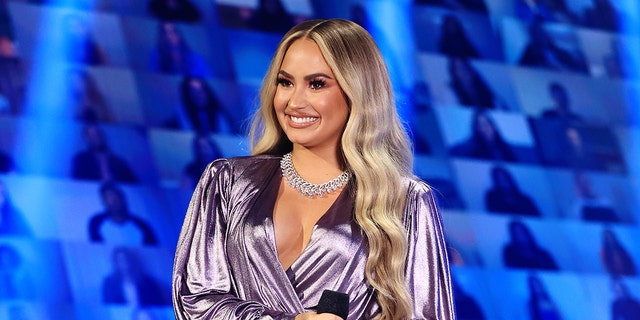 Elsewhere in the video, Lovato went on to say, “When I messaged this froyo place, originally I wanted to make a point, and I wanted to call out behaviors or branding things that didn’t sit right with me. As someone who deals with an eating disorder and is in recovery from an eating disorder, I still to this day have a hard time walking into a froyo shop, ordering yogurt and being content with it and keeping it down.”

“I know that seems like not a huge deal to a lot of people, but to me it is,” she continued, adding that while she was in the store, Lovato wasn’t entirely aware that certain “diet” and “health food” offerings were meant “for specific health needs.”

“I didn’t know that,” she said. “Because it wasn’t clear, I definitely jumped to conclusions and probably shouldn’t have gone about this the way that I have, but I’m willing to talk to this froyo shop to help get the messaging right.”

Lovato said on Sunday that she was “finding it extremely hard to order froyo from @thebiggchillofficial when you have to walk past tons of sugar free cookies/other diet foods before you get to the counter.” 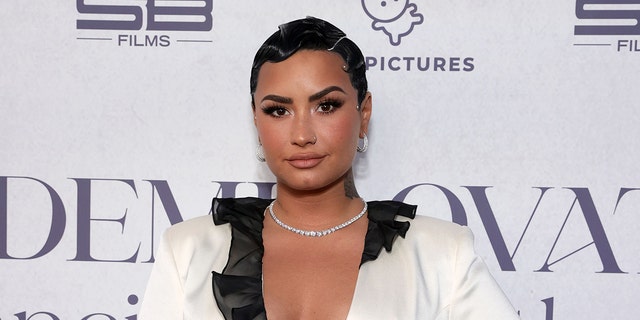 She further instructed the business to “Do better please” and called the yogurt shop “#dietculturevultures.”

The local establishment didn’t take too kindly to Lovato’s criticism and responded to the singer.

DEMI LOVATO REVEALS SHE WAS LEGALLY BLIND FOLLOWING HER 2018 OVERDOSE

“We are not diet vultures,” The Bigg Chill wrote to Lovato in a direct message – which she shared publicly. “We cater to all of our customers needs for the past 36 years. We are sorry you found this offensive.”

On its own Instagram account, The Bigg Chill also wrote back to Lovato and tagged her social. 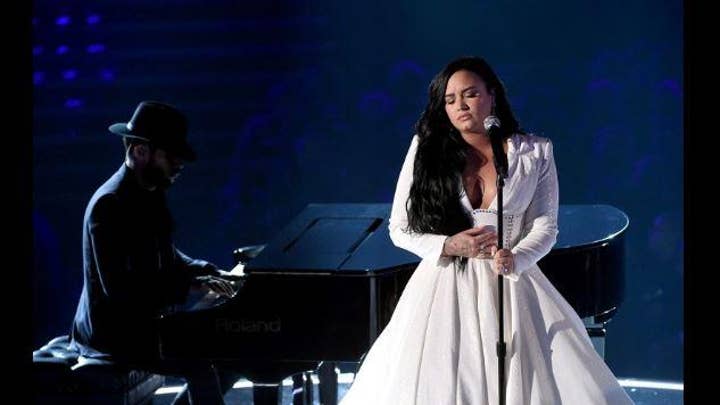 “We carry items for Diabetics, Celiac disease, Vegan and of course have many indulgent items as well,” wrote the frozen yogurt shop.

But Lovato persisted with her gripes on Sunday – since she had the company’s attention – and pressed that the sugar-free offerings were actually just one of her qualms with the business.

DEMI LOVATO’S ‘DANCING WITH THE DEVIL’ DOCUSERIES: 5 THINGS WE LEARNED FROM THE FIRST HALF OF THE YOUTUBE DOC

“Not just that. Your service was terrible. So rude,” Lovato fumed. “The whole experience was triggering and awful. You can carry things for other people while also caring for another percentage of your customers who struggle DAILY just to even step foot in your store.”

Added Lovato: “You can find a way to provide an inviting environment for all people with different needs. Including eating disorders — one of the deadliest mental illnesses only second to opios [sic] overdoses,” Lovato added, alluding to her 2018 drug overdose. “Don’t make excuses, just do better.”

The Bigg Chill appeared to have had it with the “Dancing With the Devil” singer at that point as Lovato’s message was left on “read.”

Many people on social media reacted to Lovato’s diatribe by slamming the star. “Demi lovato is terrible. She complains about a yogurt shop having sugar free cookies. She should be the definition of pathetic,” wrote one person.

Added another critic: “Is Demi Lovato seriously complaining about a yogurt shop having sugar free options.”

Lovato has been widely outspoken about her struggles with eating disorders like Bulimia as well as overcoming drug use.

She noted in a recent documentary, titled, “Demi Lovato: Dancing with the Devil,” that she started competing in beauty pageants at a young age, which warped her relationship with food and beauty.

In the doc, it was revealed that Lovato had an eating disorder relapse, which began during her “Tell Me You Love Me” tour in 2018 by over-exercising and controlling her food.

While on tour, people around her had to be drug tested regularly and were allegedly instructed by Lovato’s former team to be “careful” about what and how they ate around her.

The owner of The Bigg Chill, Cary Russell, did not immediately return Fox News’ calls for comment.