Progressives Thursday took one more step forward in their radical march to destroy another American institution. They already demand an end to the the-electoral-college” target=”_blank”>Electoral College< steps, Democratic political leaders introduced legislation to expand the Court from 9 to 13 Justices.

Giving joe-biden” target=”_blank”>President Biden <, but ever since 1869, both Republican and Democratic leaders have agreed that they should not manipulate the Court’s size in order to engineer their favored decisions.

Politicians should have learned their lesson in 1937 when FDR – fresh off one of the greatest re-elections in history that also gave him two-thirds Democratic majorities in the House and Senate –sought to expand the Court to end its opposition to the New Deal.

FDR suffered his greatest political defeat as his own party turned against him and killed the court-packing plan – though a spineless Court soon blessed the constitutionality of the New Deal in the face of FDR’s threat. 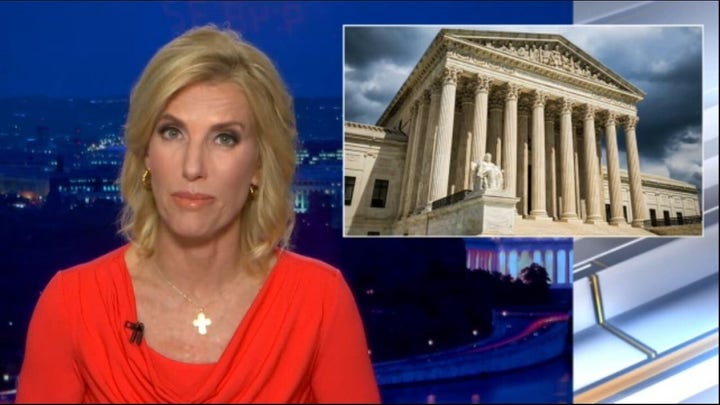 Looking back on FDR’s failure, the revered late liberal Justice, Ruth Bader Ginsburg, observed: “Nine seems to be a good number. It’s been that way for a long time,” Ginsburg said in a 2019 interview. “I think it was a bad idea when President Franklin Roosevelt tried to pack the court. If anything would make the court look partisan, it would be that — one side saying, ‘When we’re in power, we’re going to enlarge the number of judges, so we would have more people who would vote the way we want them to.'”

Justice Stephen Breyer, appointed by President Clinton, similarly warned his friends at Harvard Law School against court-packing.  “I hope and expect that the court will retain its authority, an authority that my stories have shown was hard won. But that authority, like the rule of law, depends on trust– a trust that the court is guided by legal principle, not politics. Structural alteration motivated by the perception of political influence can only feed that latter perception, further eroding that trust.” 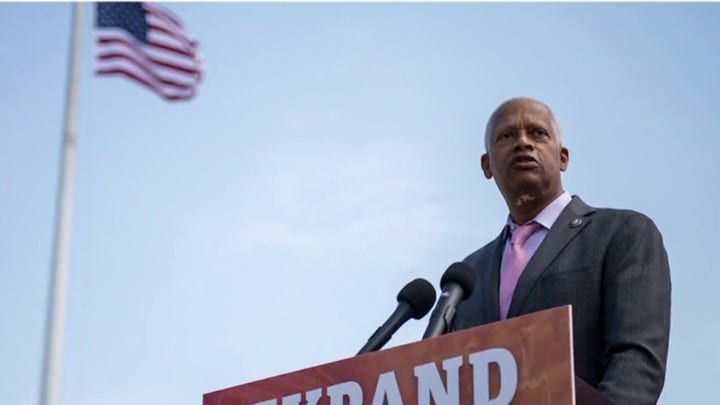 “President Roosevelt clearly had the right to send to the United States Senate and the United States Congress a proposal to pack the court. It was totally within his right to do that. He violated no law. He was legalistically, absolutely correct. But it was a bonehead idea. It was a terrible, terrible mistake to make. And it put in question, if for an entire decade, the independence of the most significant body, including the Congress in my view, the most significant body, in this country, the Supreme Court of the United States of America.”  Which president said this?  None other than Joseph Biden.

Nevertheless, the progressive wing of the Democratic Party seeks to subject the Supreme Court to outright political manipulation. Where those who’ve wanted to expand the size of the Court used to pretend they were reforming the judiciary to make it more efficient, today’s progressive see no problem in blatantly claiming the power to alter the Court’s decisions.

Of course, they blamed Trump for somehow ruining the Court by filling three vacancies – as was his constitutional right – and that they must force the Court back to its natural, liberal direction. 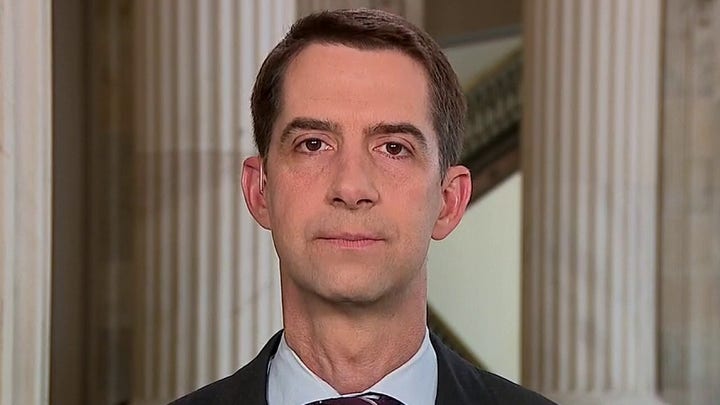 “Some people will say we are packing the Court,” House Judiciary Committee Chairman Jerrold Nadler, D-N.Y., said.  “We’re not packing it.  We’re unpacking it.  Senator [Mitch] McConnell and the Republicans packed the court over the last couple of years.”

These comments would spark howls of outrage if a Republican Congress had made them during the reign of a Democratic president. But legal academics and leaders of the bar, who normally should oppose blatant efforts to interfere with the independence of the judiciary, instead believe in political payback for the failed Merrick Garland nomination in 2016, the damaged Kavanaugh appointment, and filling the Ginsburg vacancy in an election year.

Liberals also defend changing the Court’s size as necessary to alter the path of constitutional law in a liberal direction.

Erwin Chemerinsky (dean of my law school) defends court-packing as “the only way to keep there from being a very conservative Court for the next 10–20 years.”

Other scholars were shocked to discover that the Court had rendered political decisions. Only now that Trump had appointed the justices would liberals support an increase in the Court’s size.

“Here to stay is the sea-change the Republican party has forced onto a once-proud institution. No longer a ‘check’ or ‘balance,’ it is now—and will henceforth be seen by both sides as—simply another lever of power,” writes noted constitutional scholar Garrett Epps. “And on the day the Democrats hold power to alter the makeup of the court by bare-knuckle means, they will do it. And they should.”

Progressives have launched such a destructive attack on the independence of the federal judiciary because their fears have come true. Trump indeed launched a conservative makeover of the federal courts, which may finally undo the liberal transformation of society through judicial fiat. Trump’s very success set off an extreme, anti-constitutional response that has liberals attacking the independence of the Supreme Court and, perhaps, sparking a cycle of retribution that turns the judiciary into a political body.

Democrats may well follow through on threats to add four new Justices to the Supreme Court – though they have only three seats to spare in the House and a 50-50 tie in the Senate broken by Vice President Kamala Harris. But when Republicans inevitably retake the presidency and Congress they will retaliate by increasing the Supreme Court by another four or five Justices.  Soon the Court will become just another agency, like the Education or Commerce Department, whose leadership will change with each presidential election.

Such an outcome may prove satisfying to progressives determined to overthrow constitutional tradition. But it will come at the long-term cost of turning the federal courts into another openly partisan political body, rather than an institution that tries its best to do justice under neutral principles of law.

There is a reason why the Supreme Court’s size has remained nine Justices for more than a century: because our political parties realized that they should confine their competition to elections and policy, not changing the Constitution every two or four years.

Our leaders used to understand that our nation still needs a more impartial third branch to interpret and apply the law, rather than simply follow popular passions.

Ironically, progressives who constantly accused Trump of violating the Constitution are the ones eager to toss out the history and traditions that have stabilized our democracy.