vacation-destinations this week announced the launch of its MagicMobile services, which will allow guests to use their Apple devices for contactless entry into the parks. Disney Parks first teased the new service earlier this month, as an alternative to its MagicBand wristband option.

Disney’s MagicBands will continue to be available, Disney confirmed on its Disney Parks Blog on Tuesday.

To use the new MagicMobile pass option, visitors to the Most Magical Place on Earth will first need to “create” and customize their digital pass using the My Disney Experience app, before adding the pass to their digital wallets on iPhones, Apple Watches or “other smart devices,” according to Disney World. 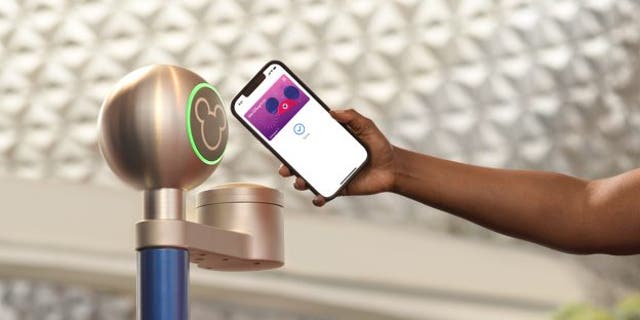 GUEST ON TENNESSEE MOUNTAIN COASTER INJURED AFTER FLYING OUT OF CART

The passes can then be used for contactless admission by holding the devices up to access points located near the park entrances. Those using Express Mode on Apple devices won’t even need to open their apps or unlock their phones.

Several passes can also be loaded onto one digital wallet, if a sole family member should want to hold all of their party’s passes, Disney added.

Disney’s MagicBand option, along with its physical park passes, will still be available to guests. Disney’s MagicMobile service can even be used “interchangeably” at parks.

The Florida theme park, meanwhile, has introduced enhanced health and safety measures amid the ongoing coronavirus pandemic, including mandates for face covering and physical distancing. The parks are also operating at reduced capacity, and guests are currently required to make reservations before arriving.