Enoki mushrooms are being linked to a Listeria outbreak in two states.

Listeria monocytogenes infections have sparked a collaborative investigation by the Centers for Disease Control and Prevention (CDC), the Food and Drug Administration (FDA) and public health and regulatory officials.

At least two people, one in Nevada and one in Michigan, have been infected by the strain since November 15 and were hospitalized, though the CDC says the actual number of those infected is likely higher. “This is because some people recover without medical care and are not tested for Listeria,” the CDC noted in its report.

“In addition, recent illnesses may not yet be reported, as it usually takes three to four weeks to determine if a sick person is part of an outbreak,” the CDC also noted.

Epidemiologic and laboratory data collected from sick people’s samples during the period of Oct. 5-Oct. 8, 2022, confirmed that enoki mushrooms contaminated with Listeria are making people sick. The people who got sick reported eating enoki mushrooms or eating at restaurants with menu items that had enoki mushrooms in them, according to Fox 17.

Investigators are working to identify specific brands of the white, long-stemmed mushrooms typically used in Asian cuisines such as soups and stir-fried dishes that may be linked to these illnesses.

One brand, Green Day Produce, has recalled its enoki mushroom packages sold between September and October due to possible contamination with Listeria monocytogenes.

It’s the bacteria that causes Listeria infections, according to a report the FDA website posted.

The enoki mushrooms were packed in 7.05-ounce clear plastic and distributed nationwide to distributors and retail stores, according to the FDA’s posted statement.

Consumers are urged to return the items for a full refund, the website stated. 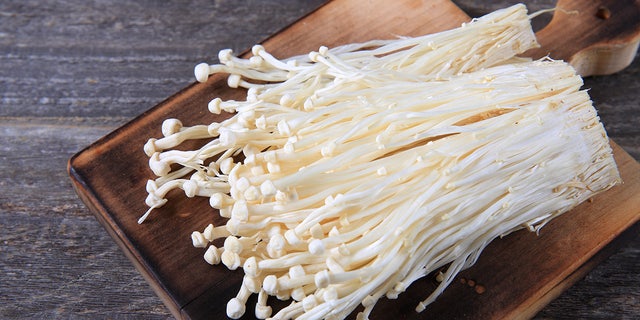 These are the people who are at the greatest risks of complications, according to board-certified emergency medicine physician Dr. Fred Davis, the associate chair of emergency medicine at Northwell Health in Long Island, New York.

“In those [individuals] that are at risk, it can lead to overwhelming infection seen as sepsis or meningitis that can lead to death,” said Dr. Davis.

“Symptoms will usually resolve with minimal intervention as long as one can remain hydrated.”

He also said it can lead to pregnancy complications.

“In most people, the common symptoms of a Listeria infection can just be diarrhea; but it can also include symptoms similar to many viral illnesses such as fever, body aches, nausea and vomiting,” Davis also said.

“Symptoms will usually resolve with minimal intervention as long as one can remain hydrated.”

Dr. Aaron E. Glatt, chief of infectious diseases and a hospital epidemiologist at Mount Sinai South Nassau Hospital in Long Island, New York, told Fox News Digital that it is important to seek medical treatment as quickly as possible if you believe you have a listeria infection.

“Listeria is a treatable infection in most cases, and, if diagnosed early and properly, can be successfully treated with available antibiotics,” he said. 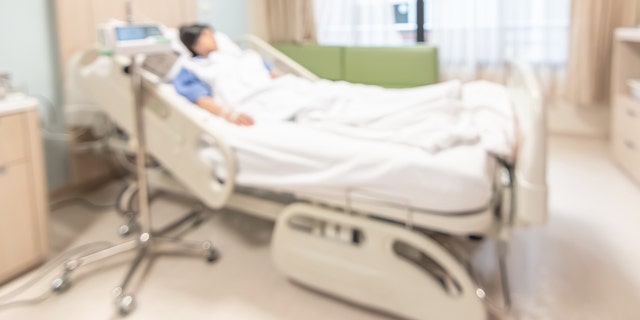 Two people were recently hospitalized, according to reports, due to Listeria infections connected to enoki mushrooms. The CDC says that the number of those affected is likely higher. Listeria is treatable in most cases, said one expert.
(iStock)

The CDC recommended that people call their health care provider right away if they experience any symptoms of Listeria illness after eating enoki mushrooms.

Some symptoms include headache, stiff neck, confusion, loss of balance and convulsions, in addition to fever and muscle aches in those who are not pregnant, the CDC said.

Listeria can cause pregnancy loss or premature birth and serious illness or death in newborns, the CDC also stated.

The agency advised women who are pregnant, those who have weakened immune systems or those who are aged 65 or older to not eat raw enoki mushrooms.