Four years ago, Miguel Figueroa tried to push his now personal-freedoms, to start her own YouTube channel, similar to the ones she adored so much.

Her response left him at a loss for words.

“She said she couldn’t do it because she had autism,” Miguel Figueroa told Fox News. “As a parent, it kind of broke my heart because it was the last thing I was expecting her to say.”

Knowing this, he transformed his “man cave” into what would become the Toy Quest101, a YouTube channel dedicated to reviewing pop culture while also empowering other children like Illiana Figueroa to achieve their goals despite what obstacles they may face. 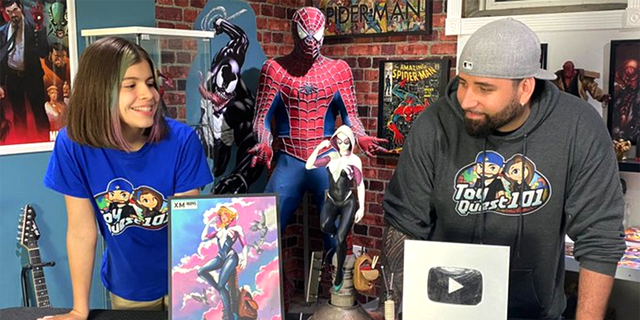 “Our vision is to bring awareness and promote a culture of acceptance where all kids with autism and special needs can be empowered to do what they set their mind to,” the Youtube channel description reads.

After her shocking response, Miguel Figueroa immediately set up the stage for their show. He brought his daughter downstairs and recalled telling her that if it comes out well, they are putting it up.

“She was more excited than anything else,” he said.

What he didn’t expect was to see an immediate change in his daughter in that very first episode in 2017.

“Illiana was talking more, engaging more, completing her sentences, trying to pronounce words,” he said. “Lot of things that we struggled with growing up with autism.”

He also noticed a “huge change in her excitement level and her engagement and her wanting to kind of come out of her shell.”

Miguel Figueroa and his wife looked at one another and realized that these videos could have the potential to show other children that might have self-doubt “that their disability is not a roadblock to accomplishing a dream or wish.”

Now, more than 118,000 people follow the father-daughter duo as they review new toys and unbox new statues, in some cases alongside celebrity guests.

In total, they already have over 55 million views. But more importantly, in this four-year span, Illiana Figueroa has become an advocate for kids with autism, her father said.

They even have parents reaching out from all over the world looking for advice to help encourage their own children who may be faced with similar obstacles to break out of their shells. 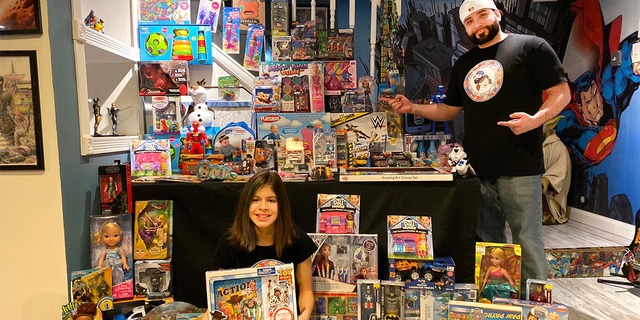 Sometimes the parents reach out just to know that they’re not alone, he added.

His daughter’s influence was made even more apparent when the Figueroas traveled to a comic book event in New Jersey shortly after their YouTube channel kicked off.

Miguel Figueroa recalled running into a little girl and her mom who had traveled three hours just to meet the people behind ToyQuest101.

Miguel Figueroa recalled the woman explaining how her daughter watches their show because she also has autism and can relate to Illiana Figueroa.

“It gives me goosebumps because no matter how many subscribers we have, no matter if we have 55 million views, if we could impact just one person and even if it was that little girl, that’s what matters the most,” Miguel Figueroa said.