The Fan Controlled Football league is preparing to close out its inaugural season with The People’s Championship game on Saturday where the Glacier Boyz will take on the Wild Aces at the Infinite Energy Stadium in Georgia.

Glacier Boyz quarterback David Pindell and Wild Aces signal-caller Jackson Erdmann spoke to Fox News via Zoom this week to discuss the one-of-a-kind league that gives fans the power to control the game.

“Throughout this whole season and process, it’s absolutely been kind of going with the flow as far as the new rules, field dimensions, fans calling the plays, your team can be changed every single week. So it’s absolutely a lot of adjusting and just figuring out stuff as you go along,” Erdmann, a former standout quarterback with the Saint John’s University Johnnies, said.

“At the end of the day when we’re on that field Saturday it comes down to almost backyard football: you either got it or not.” 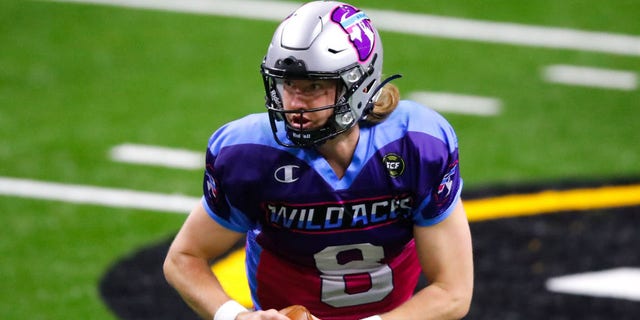 FCF, founded in 2017, mixes the world of football with the world of gaming. Fans act as coaches and general managers in a weekly draft that sees a constant shuffle of players to different teams.

Pindell, who played for the UConn Huskies from 2017-18, told Fox News that while the rules of the game are easy to adjust to, the weekly draft presents the biggest challenge.

“At the end of the day, it’s just football. So you’re making plays left and right. The only big difference for me was learning that you’re not going to be with the same person every week because of the draft,” he explained.  “You’re not with the same players every week so you’ve just got to be able to adapt to play with any type of player that’s put on your team.”

The six-week bubble season began in mid-February and is broadcast on Twitch, a popular streaming platform for gamers. The four teams compete on a 50-yard indoor field in a 7-vs-7 format. The game is fast-paced with just two 20-minutes halves — an aspect that makes each play count.

“[We] almost had a shutout in FCF which is unheard of especially [when you look at] the start of the season,” Erdmann said of the Wild Aces’ playoff win over Johnny Manziel and the Zappers last week. “It was teams throwing up crazy numbers and what it came down to at the start of the season was whoever didn’t score on one drive for the games.”

Saturday’s game will increase each half by 10 minutes, but fans will still be calling the  plays. Erdmann and Pindell told Fox News for quarterbacks this can be a challenge.

“It’s definitely different,” Erdmann began. “With the fans calling the plays and being in charge of who they draft each week, what plays you run, it’s very different for a lot of us because nothing like this exists, you know, it’s essentially an in-person live ‘Madden’ only with actual repercussions for us players because it’s not just your video game avatar running and getting hit, it’s actual players. So for me especially, being a pocket passer, I’m like ‘don’t call a quarterback run play.’ Don’t run me, I want to throw.”

Pindell, who holds UConn’s record for the most rushing yards by a quarterback in a single season, said it can be “frustrating” when the quarterback is exposed often but that’s just the nature of the game. 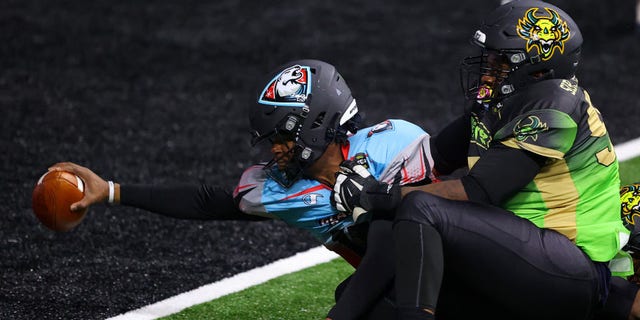 “Sometimes it can get a little frustrating when they call quarterback draw like every play, you don’t want to keep getting hit like that but since they call the play you got to execute it,” Pindell said.

Both players say the benefit of the FCF is that they can convey those concerns with fans directly through social media.

“I check out the social media group chats that they put me in and each week they message me like ‘David, what do we got to do this week? What type of passes do you want to run? Do you want to run the ball?’ It’s like they really feel like they’re coaches and it’s fun to see how they game plan.”

Saturday’s game will feature a matchup between FCF’s biggest rivals as both teams hold one win over the other.

“We played each other twice,” Erdmann said. “The first time it came down to the last play, like I said before, who doesn’t score in the end and the last game, it was the highest-scoring game in FCF history and now this championship is going to be 50% longer than normal games so I just think it’s going to be exciting.”

He continued: ‘There’s a lot on the line. Guys are going to be flying around, excited and doing every it takes to get the dub.” 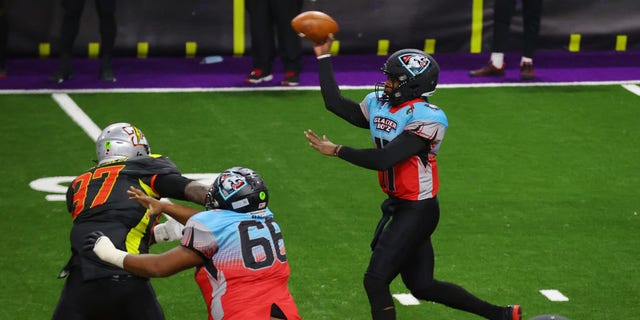 “It’ll be a show for everybody, something to watch, very competitive,” Pindell added. “The first game came down to the last play. The last game we played, it was a shootout, we ended up winning and now it’s the championship.”

Sohrob Farudi, the Co-founder and CEO at Fan Controlled Football, told Fox News that fans will have a unique opportunity come Saturday that no other league can offer.

He continued: “We wanted to create this environment that felt as much like a video game as it did like real life.”

Farudi says he’s planning to launch “Season 2.0” sometime in the fall but doesn’t intend to compete with college football or the NFL for viewers.  As far as plans go for the future, Farudi said the goal is to slowly expand and that will start with the upcoming season.

“Our plan is 20 teams in five years … We are going to add at least two more teams for season 2.0 and potentially four teams.”

While both quarterbacks are focused on Saturday’s championship, they’re also open to the idea of what might come next.

“I’m talking to a couple of agents and they’re starting to do the scouting and recruiting for the XFL 2022 over the summer going into the fall,” Pindell revealed. “So when I go home I’ll just be recovering my body, doing some training, just getting prepared for that. … That’s always the goal, everybody’s trying to get to the NFL.”

“All my NFL, CFL opportunities were canceled because of COVID so I’m hoping for some shots coming up this Spring, maybe this Summer and hoping for an opportunity to play at the highest level possible,” Erdmann added.  “That’s always been the dream but let’s say if nothing happens and FCF has a season two, I’d be thrilled to come back. I love what’s going on here, especially with the expansion coming up and who knows, in a few years, several years, FCF could be the future so I’d love to be involved.”

The Glazier Boys (2-3) will take on the Wild Aces (3-2) Saturday at 8 p.m. ET. Fans can watch the game which will be streamed on Twitch, the FCF App and gaming network VENN.