archaeology” target=”_blank”>Archaeologists< say they believe they have found the homesite of famed abolitionist Harriet Tubman’s father.

The homesite of Ben Ross was found on property acquired last year by the U.S. Fish and Wildlife Service as an addition to Blackwater National Wildlife Refuge, officials said Tuesday. An archaeology team led by the State Highway Administration conducted research that led to the find.

Archaeologist Julie Schablitsky described the finding as a connection to Tubman.

“She would’ve spent time here as a child, but also she would’ve come back and been living here with her father in her teenage years, working alongside him,” Schablitsky said in a news release. “This was the opportunity she had to learn about how to navigate and survive in the wetlands and the woods. We believe this experience was able to benefit her when she began to move people to freedom.”

Tubman was born Araminta Ross in March 1822 on the Thompson Farm near Cambridge, Maryland, on Maryland’s Eastern Shore. She escaped from slavery to become a leading abolitionist who helped slaves escape through the Underground Railroad.

“This discovery adds another puzzle piece to the story of Harriet Tubman, the state of Maryland, and our nation,” said Lt. Gov. Boyd Rutherford, who attended a news conference at the Harriet Tubman Underground Railroad Visitor Center at Church Creek, Maryland. 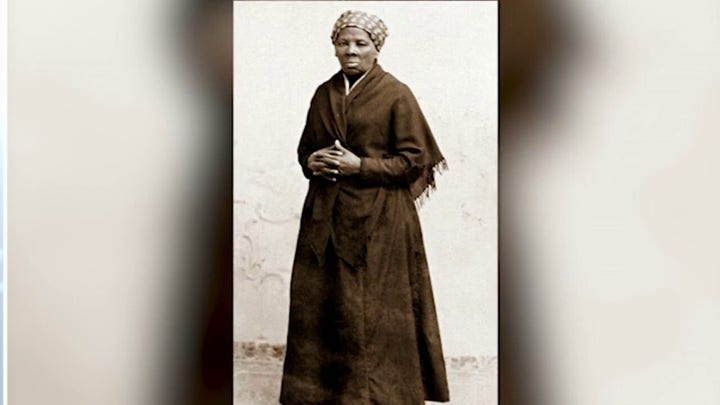 The archaeology team began searching for evidence linked to her father in November. When they returned in March to continue their search, Schablitsky and her team found artifacts dating to the 1800s, including nails, glass, dish fragments and even a button. On Tuesday, they announced confirmation that the artifacts were evidence of Ross’s cabin.

The U.S. Fish and Wildlife Service bought the 2,600-acre Peter’s Neck property for $6 million last year. The property contains 10 acres bequeathed to Ross by Anthony Thompson in the 1800s. As outlined in Thompson’s will, Ross was to be freed five years after Thompson’s death in 1836. Ben Ross was freed from slavery and received the land in the early 1840s.

“When we protect vulnerable habitats, we help preserve the stories of those who came before us, like Harriet Tubman’s father, Ben Ross,” said USFWS Chief of the National Wildlife Refuge System Cynthia Martinez. “Acquiring Peter’s Neck last year was a critical addition to Blackwater National Wildlife Refuge, as the area is predicted to naturally convert to marsh by 2100 because of sea-level rise.”

The Ben Ross home site will be highlighted on the historic Thompson Farm, where Ross and his family were enslaved. It will be added as a new point of interest to the Harriet Tubman Underground Railroad Byway. The byway is a 125-mile, self-guided scenic drive that includes more than 30 sites related to Harriet Tubman’s life and legacy.

Share
Facebook
Twitter
Pinterest
WhatsApp
Previous articleHome Depot boycott pushed by pastor who called Farrakhan 'one of the greatest leaders of our people'
Next articleIngenuity has flown on Mars; what's next in NASA's Perseverance mission?
Fox Newshttp://iktodaypk.com