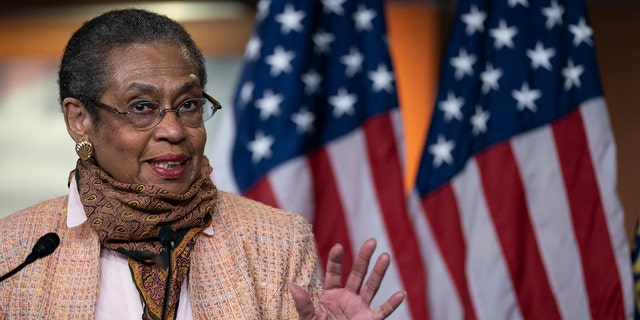 WASHINGTON, DC – MAY 21: Eleanor Holmes Norton, District of Columbia delegate to the House of Representatives, speaks during a press conference to mark the anniversary of the House passage of the 19th Amendment and women’s right to vote, on Capitol Hill May 21, 2020 in Washington, DC. Pelosi also addressed vote-by-mail and election security provisions included in recently passed House bill "The Heroes Act." (Photo by Drew Angerer/Getty Images)

The Democrat-led House passed D.C. statehood once before, but the legislation died in the GOP-controlled Senate last year. Norton expressed optimism that her legislation would pass the full House again despite the very slim Democratic majority now in the House.

D.C. has a population of more than 700,000 residents — greater than Wyoming and Vermont — but the residents don’t have voting members in Congress or full control over local affairs. However, the District of Columbia pays more in federal taxes than 21 states and more per capita than any state, according to the 2019 IRS data book.

Under the plan, the 51st state would be called “Washington, Douglass Commonwealth,” named for Frederick Douglass. The state would consist of 66 of the 68 square miles of the present-day federal district.

D.C. would have full control over local affairs and full representation in Congress, which would amount to two senators and one representative in the House based on the current population.

The two square miles around the White House, Capitol, Supreme Court and National Mall would be carved out into a reduced federal district controlled by Congress and named the “Capital.”

Republicans have been firmly against D.C. statehood, calling it a Democratic power grab designed to shift control in the Senate in favor of Democrats by adding two senators from a liberal stronghold.

“It’s very obvious that the reason that D.C. wants statehood is the extra two senators that would go with it, which would then tip the balance of the Senate on behalf of the Democrats,” said Rep. Andrew Clyde, R-Ga.

Republicans claimed the statehood plan is unconstitutional since the federal enclave’s establishment is constitutionally based, so any change to the district must come in the form of a constitutional amendment — not legislation from Congress. The four-hour hearing involved several debates over the 23rd Amendment which gave the District three electoral votes in the presidential Electoral College and whether statehood could be granted before its repeal.

Republicans also charged the new state would have too much power over the federal government in terms of controlling the surrounding infrastructure, with Rep. Pete Sessions, R-Texas, alleging D.C. would condone a culture of lawlessness and riots. 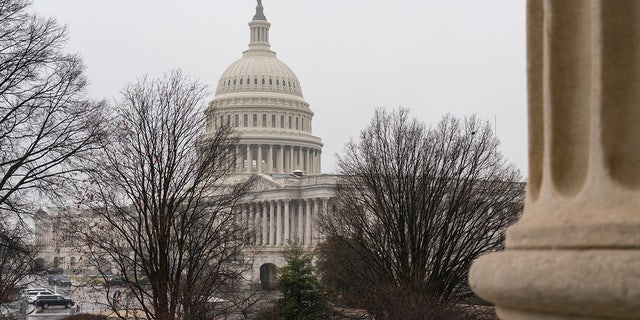 “It’s very disturbing it makes the Capitol totally beholden to one small microstate,” said Rep. Jody Hice, R-Ga. “…If somehow this manages to bypass the constitution, we are going to have a world of problems that opens a Pandora’s box in so many different ways. So this is a bad idea, it’s a bad bill [and] it’s unconstitutional.”

Republicans unsuccessfully sought to offer an amendment to allow DC residents to vote in Maryland congressional and Senate elections. Democrats quickly panned the effort as an unfair request for Washingtonians to give up their identity in order to gain the right to vote in another state.

A vote on statehood is scheduled for next week in the full House, House Majority Leader Steny Hoyer, D-Md., said Wednesday.

The statehood legislation, H.R. 51, has 215 cosponsors, which all but shores up Democratic support. The Senate version of the bill, S. 51, sponsored by Delaware Sen. Tom Carper, has 44 of the 50 Democrats in the Senate as co-sponsors, including Majority Leader Chuck Schumer, D-N.Y.

However, the legislation needs 60 votes to advance and therefore will die again in the Senate without GOP support.

Rep. Jamie Raskin, D-Md., acknowledged the historic political concerns about admitting a new state to the union and offered a comprise suggestion to Republicans to pair D.C.’s statehood with admitting Puerto Rico into the union which has been backed by the GOP in past, including former President Ronald Reagan.

“Let’s make a deal,” Raskin told his GOP colleagues at the committee hearing. “… Let’s make democracy grow. Let’s admit both Washington D.C., as the Democrats have asked for and Puerto Rico as the Republicans have asked for.”

No Republicans jumped at Raskin’s offer.