As it stands, more than 55,000 active-duty U.S. soldiers – wracked by war wounds and injuries – are deemed non-deployable.

In 2018, more than half of all active-duty soldiers sustained some form of physical trauma – with over 70% diagnosed as lower extremity micro-traumatic musculoskeletal (MSK) or “overuse” injuries.

And aside from the gaping hole it leaves in the defense and security arena, the medical costs related to MSK ailments across all military branches cost the U.S. taxpayer more than $575 million per year. 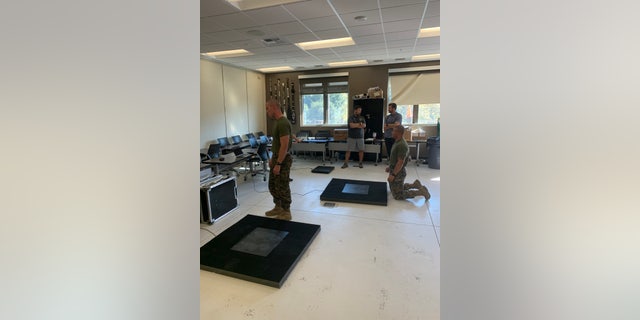 But in a bid to solve the impasse and cut down on costs, the Department of Defense is turning to an topics force plate and machine learning technology – from Sparta Science – to pinpoint potential problem points to prevent future maladies, zap the attrition rate and increase physical readiness.

The technology has already been implemented by the military, topics and topics. Lawmakers recently illuminated it in the House-passed 2021 National Defense Authorization Act (NDAA), which establishes the defense annual policy and budget priorities.

“These technologies could provide accurate, actionable insights regarding the physical condition of each servicemember and customized fitness programs for each service member to help minimize injuries during combat, thereby increasing the medical readiness and the military lifecycle of service members,” the House version of the 2021 NDAA reads. “The [House Armed Services] Committee notes that there have been some elements of the military services that have previously used this technology to increase readiness, decrease injuries and avoid a significant amount of expenses related to unnecessary injuries.”

If the Senate adopts the NDAA’s final wording, the defense secretary would be mandated to issue a Congressional report by September of next year regarding the technology’s use and impact. The report must also determine attrition and injury reduction achieved using the technology, and which component within the services would be responsible for implementing customized training programs recommended by using the tool.

“Attrition and costs associated with non-deployable warfighters are at an all-time high. With uncertainty and potential budget cuts possible, the DoD can no longer afford to ignore the costs of our non-deployable assets,” Phil Wagner, CEO and Founder of Sparta Science, told Fox News. “Congress has recognized this and has taken an important step to get ahead of it.”

So how exactly does it work?

Soldiers undergo a sequence of movements on top of the 30-pound metal force plates. The software then immediately identifies injury vulnerabilities. It then guides fitness and medical professionals to develop specific programs to mitigate the problem-prone areas.

“One individual. Three scans. 3,000 data points collected per second. Results in real-time,” explained Maj. Gen. (Ret.) Malcolm Frost, a retired two-star general who served as commanding general at the Center for Initial Military Training. “By aggregating individual data across industries, sectors, and international boundaries, we move teams, organizations, and defense agencies beyond one-size-fits-all training solutions. It is the force multiplier.”

HOW US WASTED BILLIONS ON ABSURD ERRORS IN AFGHANISTAN WAR

According to Wagner, some military sectors – after two weeks of use – have already seen their MSK Profiles decrease by upwards of 75%.

“Essentially, those warfighters that are non-deployable are now healthy again and deployable. They’ve also seen a reduction in their ‘big 4’ common injuries, specifically low back, shoulder, knee, and ankle injuries,” he explained. “Lastly, (the force plate technology) has allowed commanders to have insights on the different risk thresholds based on gender-specific and job-specific injury thresholds. Such as, low back injury risk is way different for an armored soldier vs. an infantry soldier.”

In addition to partnerships with the Army, USAF, Navy, U.S. Special Operations Commands, the Sparta technology is also being utilized by various teams in the MLB, NFL, NBA, and major NCAA athletic programs.

Frost also stressed that after 20 years of war and “near neglect of health science across the same period,” the U.S. military individual fitness readiness rates were at historic lows and attrition rates were continually rising – but there is a brighter future.

“The DoD and the Veteran’s Administration must act now to raise the readiness of the force, reduce attrition, and most importantly, preserve lifelong individual fitness for our service members and veterans,” Frost added. “The net effect is a reduction in attrition and higher unit readiness rates. This type of success across the U.S. military would result in better care of our service members over the span of their career and millions, if not billions, in taxpayer dollar savings.”