A man suspected of crime an us-regions state crime during a standoff last week unsuccessfully ran for sheriff last year.

Michael Lang, a construction worker with no law enforcement experience, is charged in the April 9 shooting death of Iowa State Patrol Sgt. Jim Smith. Lang, 41, allegedly shot the trooper after a brief car chase that stemmed from a traffic stop in Grundy Center, 80 miles northeast of Des Moines.

He allegedly put an officer in a chokehold and taunted him to “shoot me!” He then barricaded himself inside his home with several firearms that he owned despite seven arrests for drunken driving or public intoxication over two decades.

Smith, who was the leader of the patrol’s regional tactical team, was among the troopers who responded to the scene. 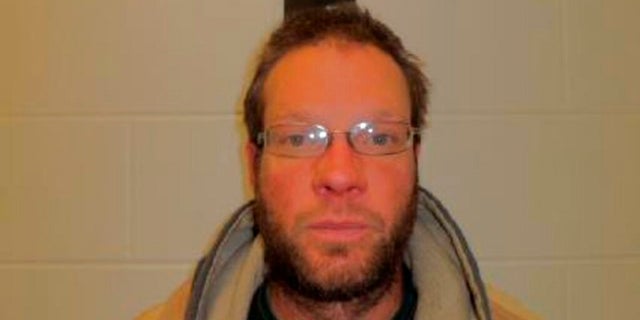 Michael Lang, of Grundy Center, Iowa. Lang, 41, is charged with murder in the April 9 shooting of Iowa State Patrol Sgt. Jim Smith during a violent standoff at his home. (Iowa Department of Corrections via AP)

When authorities entered the home with a canine unit through the garage to arrest Lang, he allegedly opened fire and struck Smith.

Lang won the Democratic primary runoff in last summer’s Grundy County sheriff race. He was defeated in November by Kirk Dolleslager, a deputy and Republican who was also present at the standoff in which Smith was killed.

Lang received 1,544 votes. In his candidate questionnaire, he said the sheriff’s office had too many employees and he supported protests against police brutality.

“All law enforcement should be reminded that they are paid by the people to protect the people,” he wrote.

Dolleslager said he was puzzled when he saw Lang had filed to run for sheriff.

“I don’t know what his motive for running was,” he said. “I think it was just his dislike of law enforcement and it’s his right, so he chose to exercise it.”