celebrity-news” target=”_blank”>Jim Steinman<, died on Monday in Connecticut. He was 73.

The state’s medical examiner confirmed to Fox News that a man named Jim Steinman died earlier this week. However, the medical examiner’s office could not give any additional information such as a cause of death.

According to TMZ, which first reported the news, Steinman was in fact the legendary writer and producer behind Meat Loaf’s hits as well as other tracks from Air Supply, Celine Dion and Bonnie Tyler. His passing was sudden and occurred after a medical emergency call was placed to his home around 3:30 a.m. on Sunday before he was transported to the hospital, the outlet reports. 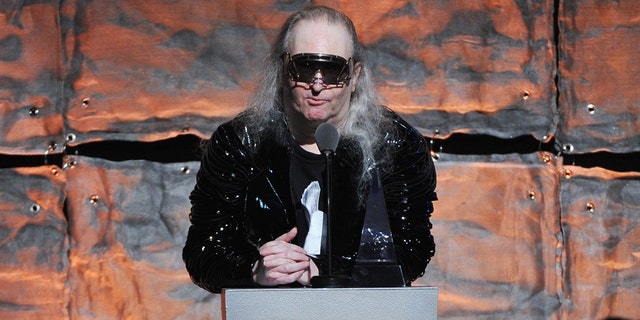 The writer and producer was perhaps best known for writing many of the hits that made up Meat Loaf’s popular, best-selling album “Bat Out of Hell” as well as its follow-up, “Bat Out of Hell II: Back into Hell.” He also wrote and produced the smash-hit song “I’d Do Anything For Love (But I Won’t Do That).” He’s also the mind behind Tyler’s “Total Eclipse of the Heart” and Air Supply’s “Making Love Out of Nothing at All” and Barry Manilow’s “Read ‘Em and Weep,” according to the outlet.

RADIO HOST DELILAH SAYS SHE CONNECTED WITH RORY FEEK AFTER LOSING HER SONS: IT ‘GAVE ME HOPE’

After originally releasing the song through Pandora’s Box, he found success again with the celine-dion” target=”_blank”>Celine Dion<.

Meat Loaf and Steinman had a falling out but managed to reunite in 2016. At the time, Rolling Stone recalled a 2011 interview with the singer in which he spoke fondly of Steinman despite their ongoing conflict.