Jonathan Pentland, a 42-year-old topics drill sergeant at Fort Jackson, S.C., has been charged with third-degree assault, also known as simple assault, in connection with a viral video that appeared to show him shove a Black man on a us-regions sidewalk during an altercation.

The events that preceded the video were not recorded, and Richland County Sheriff Leon Lott declined to give details, although he noted that the Black man in the video had been involved in other incidents in the area in recent days.

“There were some other things that occurred – that really doesn’t justify the actions of [Pentland],” Lott said during a Wednesday news conference. 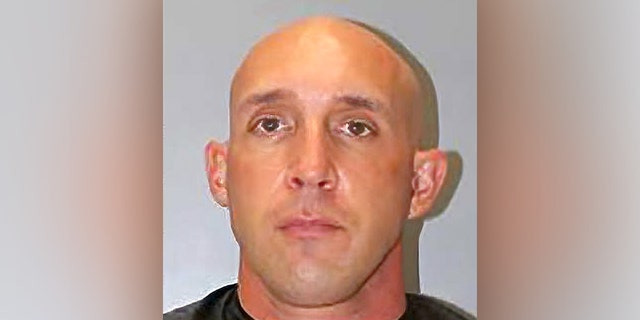 The Black man, whose name was withheld by authorities but who has been identified as “Deandre” on social media, was accused of simple assault for allegedly touching a woman’s waist after her shorts had fallen down on April 8. And on April 10, he was accused of repeatedly picking up a baby and attempting to walk away with it. Lott said those charges would not be prosecuted.

In the viral video, Pentland’s wife can be heard accusing the man of picking a fight with “some random young lady” nearby, a claim he denies.

The Pentlands have not responded to multiple Fox News requests for comment. Information on whether he had retained a defense attorney was not immediately available.

According to an incident report, an unnamed “White female” asked Pentland to confront the man, who was then walking on the sidewalk outside his home in The Summit, a community northeast of Columbia, S.C.

Sheriff Lott said Wednesday that officers at the scene did not have sufficient evidence to charge Pentland with anything more than a property crime at the time for allegedly smacking the man’s phone out of his hands, damaging it.

But the incident report states that the responding officers reviewed cellphone video that showed “Jonathan pushing [redacted] because [he] was walking towards Jonathan’s wife, that was on her property.”

In the viral video, Pentland can be seen shoving the man as he steps toward the lawn, and Pentland says “Walk away. You’re talking to my wife right now. Walk away.”

Shadae McCallum, who claimed credit for recording the original video and sharing it on social media, did not immediately respond to a request for comment.

After the sheriff announced the assault charge, Black Lives Matter protesters rallied outside Pentland’s home. Authorities said most of them were peaceful, but vandals in the crowd damaged parts of the home, and deputies took the family to a safe location and advised that only local residents would be let into the area.

Vandalism included hurling an object through a second-story window and smashing exterior lights.

Pentland, a drill sergeant at Fort Jackson, was suspended from instructor duties pending an investigation and the outcome of his criminal case, the base said Thursday evening.

The maximum penalty for third-degree assault is a $500 fine and 30 days in jail. Pentland has been released on his own recognizance.