Vice President Harris cited the now-backpedaled report of Russia placing bounties on the heads of U.S. soldiers during a general election debate in October with former Vice President Mike Pence.

A senior Biden administration official this week said the intelligence community only had “low to moderate” confidence in the Russian bounty story.

“The United States intelligence community assesses with low to moderate confidence that Russian intelligence officers sought to encourage Taliban attacks against U.S. and coalition personnel in Afghanistan in 2019, and perhaps earlier, including through financial incentives and compensation,” the official said.

“U.S. intelligence community agencies have low to moderate confidence in this judgment in part because it relies on detainee reporting, and due to the challenging operating environment in Afghanistan, our conclusion is based on information and evidence of connections between criminal agents in Afghanistan and elements of the Russian government,” the official continued.

But during the debate in October Harris cited the reports, which then-President Trump referred to as a “hoax.”

“Public reporting that Russia had bounties on the heads of American soldiers, and you know what a bounty is?” Harris said, when responding to a question about American leadership. “Somebody puts a price on your head, and they will pay it if you are killed. And Donald Trump has talked at least six times to Vladmir Putin, and never brought up the subject.”

Harris added: “Joe Biden would never do that.” 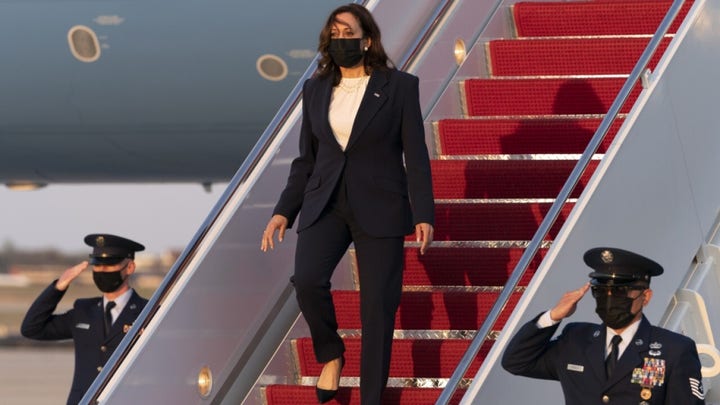 “Joe Biden – Joe Biden would hold Russia to account for any threat to our nation’s security or to our troops who are sacrificing their lives for the sake of our democracy and our safety,” Harris said during the debate.

Biden, this week, declared the Russia threat a “national emergency” and slapped new sanctions on Russian officials. The sanctions came after U.S. intelligence found Russian attempts to interfere in the 2020 election, and after Russia’s alleged role in the SolarWinds hack, as well as the poisoning of Kremlin critic Alexei Navalny.

The Russian bounty story, first reported by The New York Times, ignited outrage during the heat of the 2020 campaign. President Trump repeatedly cast doubt on the validity of the story and said he had not been briefed on the story before it was made public by the Times, as intelligence found “no consensus” on the matter.

“The Russia Bounty story is just another made up by Fake News tale that is told only to damage me and the Republican Party,” Trump tweeted last July. “The secret source probably does not even exist, just like the story itself.” Trump called on the Times to reveal their source, claiming the story was “Just another HOAX!”

Lawmakers, both Republicans and Democrats, demanded the Trump administration explain what it knew after the report broke.

Then-candidate Biden had accused Trump of a “dereliction of duty” for not responding adequately to the report.

Asked if Biden now regrets attacking Trump over the bounty story, White House press secretary Jen Psaki said she was “not going to speak to the previous administration,” but reiterated there was “enough concern” to merit having intel “truly look into it.”

Meanwhile, as part of the Russia “national emergency,” the State Department announced Thursday it was expelling 10 officials from Russia’s bilateral mission.