Despite being one of the biggest names in country music, luke-bryan” target=”_blank”>Luke Bryan< on Sunday was not well received by all.

The star bagged his third entertainer of the year award, previously scoring back-to-back victories in 2014 and 2015.

“Luke Bryan winning ACM Entertainer of the Year is exactly why I’m leaving this planet,” said one viewer.

“ARE YOU F—— KIDDING ME? LUKE BRYAN? ARE YALL SERIOUS?” said another after previously expressing hope that Luke Combs would take the award. “I CANT STOP TYPING IN CAPS LOCK! IM PISSED AF.”

A third called the Academy of Country Music “garbage” for choosing Bryan, 44, over Eric Church.

Yet another said: “I would just like to say, once again Eric Church gets robbed of Entertainer of the Year, and this year he loses to LUKE BRYAN?? IS THIS A JOKE??”

However, there were many who were pleased to see the “american-idol” target=”_blank”>American Idol<. “6 YEARS. AND HE FINALLY GOT HIS 3RD. IM SO PROUD OF HIM.”

“LUKE BRYAN WINS ACM ENTERTAINER OF THE YEAR!!!” said another.

A third added: “Congratulations to Luke Bryan of Entertainer of yr at ACM Awesome.”

Bryan was shocked to have earned the honor as well.

In the press room after his win, the star explained that there were years in the past that he felt he should have won when he didn’t, leading him to believe that “maybe you’re done winning them.”

Furthermore, he noted that he “didn’t feel worthy” when he earned his first entertainer of the year win back in 2014 and noted that the win felt “premature.” 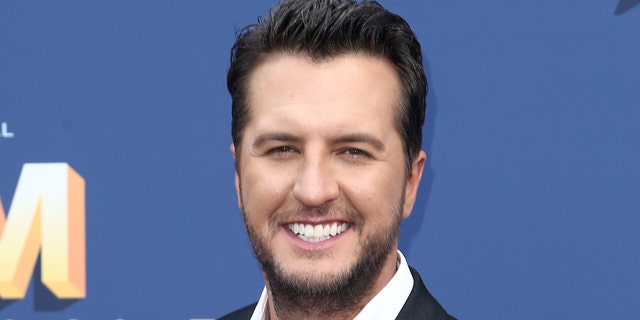 Luke Bryan won his third entertainer of the year award from the Academy of Country Music on Sunday, drawing mixed reactions from viewers. (Photo by Tommaso Boddi/Getty Images)

“I think what you have to think about when you’re in the midst of being an artist in country music is you can’t get caught up in one year. You can’t get caught up in two years. You have to just be all in the middle of doing it because you love it,” Bryan continued. “And I think one day when you’re 75, 80 years old and you look back, I think you can look at your body of work and what you are and what you were, and hopefully, you look back and you can go, ‘God, I loved every minute of that. I loved the years that I didn’t win because they challenged me and they made me work harder at all aspects.'”

Bryan was unable to attend the award ceremony on Sunday because he was in Los Angeles filming “Idol.” He recently faced a setback when he was diagnosed with COVID-19, though he said he was “fortunate” to not have suffered terribly while fighting the virus.

“There were times where [my wife] Caroline was nursing me back to health. So I was certainly amazed to move through that. And now looking back on the past, certainly going into a year and a half, I mean, the main thing that gets you through … is certainly your friends and your family and praying everybody can see the other side of certainly this pandemic and leaning on the people in your organization …” he reflected. “I mean, it’s been an amazingly challenging year for the entertainment business, the music business and all of the satellite companies that support the music and certainly the fans.”

The “Down to One” singer said that performing on stage “is a big big part of” what makes him happy, so in a year when such performances were limited, he faced “ups and downs and bouts of kind of depression stuff.”

“You look back on a night and certainly winning entertainer of the year is certainly one of those things where you’re like, thank you, God, thank you fans and very excited here in L.A. tonight,” he concluded.

Women were left out of the top category after Carrie Underwood and Thomas Rhett tied for entertainer of the year last year, the first time ever for a tie and the first time a woman had won the category since Taylor Swift in 2012.

In addition to Bryan, Church, 43, and Combs, 31, Chris Stapleton and Thomas Rhett were also nominated for the prize.

Rhett, 31, won male artist of the year while Stapleton, 43, won album of the year for “Starting Over.” Combs and Chruch were shut out.