Keith Morrison couldn’t help but gush about his stepson Matthew Perry in a recent interview.

The 73-year-old host of “Dateline” spoke about his 50 years in television and his blended family. Morrison and Suzanne Perry have been married for 39 years and share four kids together, Caitlin, 39, Emily, 35, Will, 34, and Madeline, 31.

Perry, 51, is from Suzanne’s previous relationship and Morrison also has his son, Michael, 46, from a previous marriage. “When we’re all together, it’s just a brew that you could not mix no matter how hard you tried if you did it by hand,” Morrison told People magazine.

The TV host described how Perry is “one of those people who always is the center of the room for a reason and it was so as a kid.”

Morrison described how when he would take a young Perry to play hockey, the future “friends” target=”_blank”>Friends<

“A million things have sprung from that, but him being selected for a role like that does not surprise me one bit. It matched his particular sense of humor precisely, whether they wrote that for him knowing what he was like or whether he adapted it more for himself, probably a combination of the two. But that character is Matthew. Yeah, and it always has been him. He’s just a talented soul, a smart guy,” he said. “He’s a good guy. We love having him around.” 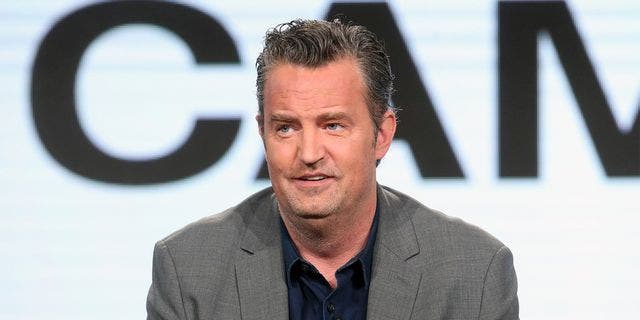 Morrison also spoke about Perry’s past health issues. The entertainer was bedridden for three months in 2018 after undergoing surgery for gastrointestinal perforation.

“We were able to be with him a lot of the time through that, which was I think good for everybody,” recalled Morrison. “It’s awful when people have a serious [illness] and have to have operations and worry about whether or not they’re going to make it through. It brings the whole family closer. We all get to be there to pull for him. He’s coming through it.”