Powerful companies and groups, including Boeing, the National Association of Realtors and General Motors, that have donated to Rep. Maxine Waters, D-Calif., have been silent after urging protesters in Brooklyn Center, Minn., to “get more confrontational” if Derek Chauvin isn’t convicted of murdering george-floyd” target=”_blank”>George Floyd<

Judge Peter Cahill, who is presiding over Chauvin’s trial, called Waters’ comments “disrespectful to the rule of law and to the judicial branch.”

Influential corporations and groups including the Service Employees International Union, Deloitte, the Credit Union National Association and BlackRock have donated to Waters in the past. Fox News’ inquiries to the organizations were not returned at the time of publication, except for GM, which pointed Fox News to CEO Mary Barra’s tweets about the Chauvin verdict but did not address Waters’ comments. 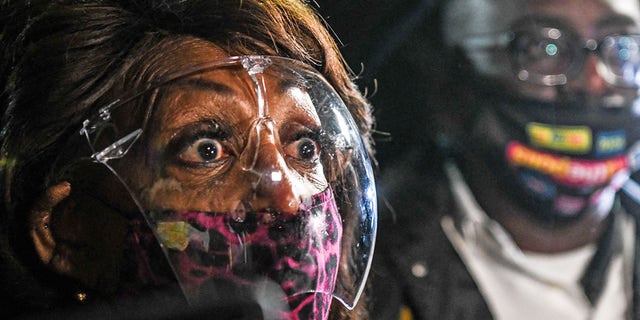 Cahill was asked by Eric Nelson, Chauvin’s defense attorney, to declare a mistrial due to prosecutorial misconduct and Waters’ comments at a Brooklyn Center protest Saturday night.

Nelson told the court there is a “high probability” that jurors will see Waters’ comments. Cahill denied the request.

“I’ll give you that Congresswoman Waters may have given you something on appeal that may result in this whole trial being overturned,” Cahill said.

Cahill called it “disrespectful to the rule of law and to the judicial branch” for elected officials to comment on the outcome of the case.

“Their failure to do so, I think, is abhorrent, he said. “But I don’t think it has prejudiced us with additional material that would prejudice this jury. They have been told not to watch the news. I trust they are following those instructions.”

Waters has a history of in-your-face remarks and impassioned statements.

In 2018, she called for her supporters to “create a crowd” and to “push back” on members of the Trump administration in public.

“Let’s make sure we show up wherever we have to show up. And if you see anybody from that Cabinet in a restaurant, in a department store, at a gasoline station, you get out and you create a crowd,” Waters said. “And you push back on them. And you tell them they’re not welcome anymore, anywhere.”

This post has been updated with response from GM.