After weeks of social media users critiquing meghan-mccain” target=”_blank”>Meghan McCain’s<,” the co-host’s hairstylista> has spoken up and defended her work.<, professional hairstylist Carmen Currie refuted the suggestions that have been made online that McCain is covertly being sabotaged by a rogue stylist.

Regular watchers of “The View” have noticed McCain’s hair has alternated between traditional and trendy styles each week she commentates on the daytime talkshow.

Some days the 36-year-old co-host has worn sleek or curled bob cuts or longer lengths, updos and ponytails. But, on other days, McCain has donned more striking styles like space buns, a chunky sidebraid and intricate twists or curls.

Other times, McCain’s hair has been styled with colorful or glittery accessories.

While viewers and social media users have voiced their own opinions on McCain’s on-screen hairstyles online, McCain is a fan of the work Currie has done.

In a tweet McCain shared on Sunday in response to a style roundup E! News put together, McCain wrote Currie is a “wonderful artist” who does “incredible work.”

“It’s a privilege to be able to work with such a creative force every morning,” McCain added.

Representatives for McCain and Currie did not immediately respond to Fox News’ request for comment. 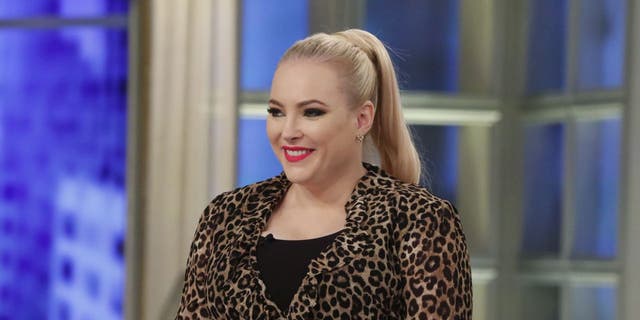 In recent weeks, Meghan McCain’s hair has gone through major style transformations while she has appeared on "The View." (Lou Rocco/ABC via Getty Images)

Earlier in the year, McCain took to Twitter to explain her hair and makeup choices when viewers first took notice of her shifting style.

“People have a lot to say about me in general but in regards to my hair and makeup,” McCain wrote on the evening of Feb. 25. “I’m just having fun switching up, playing around and experimenting.”