A general who went missing-persons” target=”_blank”>missing< was found safea> on Tuesday after the public helped to pinpoint his location using a photo he had sent a friend, authorities said.<. The friend gave deputies a photo showing Compean’s dirt-covered legs dangling from a rocky cliff he had sent earlier in the hike in the hopes of learning his location.

However, Compean did not have his phone’s “location” turned on, preventing rescuers from getting his location code from the photo, the sheriff’s department said. Rescue teams searched through the night but could not find the missing hiker. 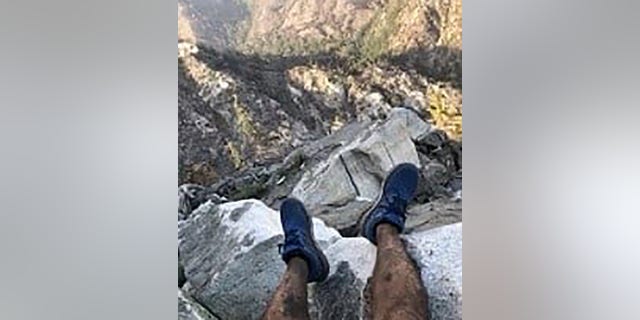 Compean’s friend gave deputies a photo the hiker had sent them earlier in the hopes of learning his location.
(Los Angeles County Sheriff’s Department)

Officials shared the photo of Compean with the media and posted it online as they asked for the public’s help in the search.

A member of the community who said he was an avid hiker of the Angeles National Forest responded to the sheriff’s call for assistance and shared his knowledge of the area seen in the photo, according to the statement.

The citizen, identified as Benjamin Kuo, spoke to KCBS-TV about how he shared GPS coordinates of where he believed Compean was in the photo.

“You don’t think that sitting behind a computer and looking at a picture and saying, ‘Oh, it looks like that might be where he is,’ would lead to a person being rescued,” Kuo said. “I was hoping I didn’t send them on a wild goose chase, and then they’d get mad at me.” 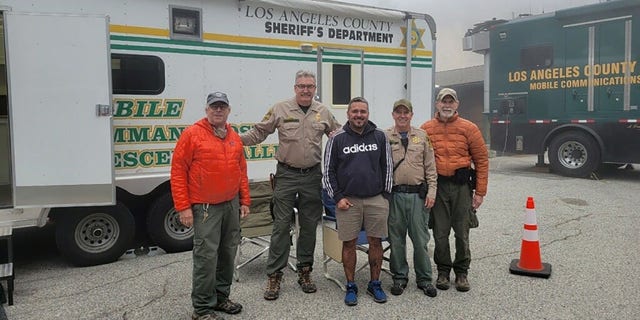 Compean, center, posed for a photo with his rescuers after he was found safe and airlifted off the mountain.
(Los Angeles County Sheriff’s Department)

Rescuers began searching the remote area near Twin Peaks East and Triplet Rocks, where they found Compean around 3:45 p.m on Tuesday. He was found within three-quarters of a mile of Kuo’s GPS coordinates, the station reported.

Compean was airlifted to safety and even posed for a photo with his rescuers upon landing.

The sheriff’s department thanked the many citizens who called, emailed and shared social media posts in an effort to help locate Compean.