As Cuomo was getting into a car following an event in Mount Vernon, N.Y., a female supporter yelled a comment at him. The governor, who is under investigation over allegations of sexual assault and making inappropriate advances toward women, was recorded replying: “I’m not going anywhere, darling.”

“‘I’m not going anywhere, Darling‘?” Gunther remarked. “I thought that that was unbelievable. Rather than shut your mouth, instead, [accuser] number eight comes forward and you’re still acting very cocky.” 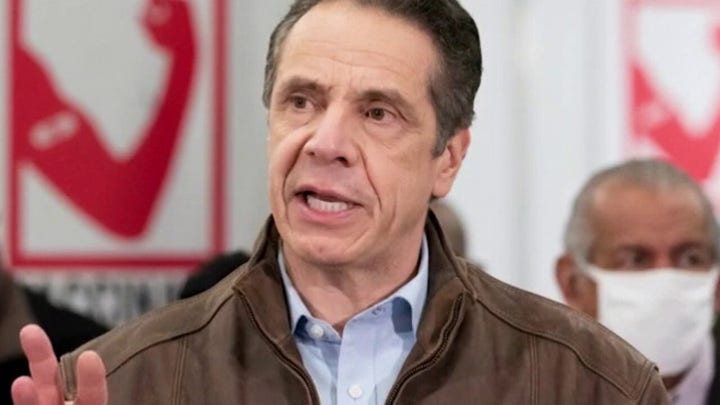 Gunther, who was first elected to the New York State Assembly in 2003, told host Martha MacCallum that she remembered the last time a New York governor was embroiled in scandal, pointing to Democrat Eliot Spitzer.

“You know, I remember when Spitzer was [call girl] client number 9. The governor [Cuomo, then New York’s attorney general] said that he should resign the next day,”

“We have [Cuomo accuser] number eight coming forward. For the good of the budget, for the good of New York State during a very, very volatile time — you know, we have people dying of COVID, we have people that need immunizations — it’s time that we have leadership that will bring us to some sort of peace.”

MacCallum later asked Gunther about comments reported by The New York Times, in which he expressed outrage at then-Working Families Party Chairman Bill Lipton in 2018.

Lipton’s party had been considering endorsing Cuomo’s Democratic primary challenger, actress Cynthia Nixon, and had referred to Cuomo as “better than a Republican” in comparison to the more liberal Nixon.

“If you ever say, ‘he’s better than a Republican’ again. I’m going to say ‘You’re better than a child rapist’ — how about that?” Cuomo reportedly told Lipton.

When Lipton finished making his clarification, Cuomo shot back: “I think you’re better than a child rapist.”

“It’s just unbelievable,” Gunther said, “and for somebody who is a leader of one of the great states, of New York, it’s absolutely shocking. It’s time. You know, we’ve had, during my tenure, three other men that were accused that stepped down the next day.

“Again, he tells Spitzer to step down the next day. Being cocky and being a bully won’t work this time.”