NFL legend Michael Irvin has 'no doubt' who the Most Improved Player is: 'It's not even close'

“No doubt. It’s not even close,” NFL legend Michael Irvin began to tell Fox News Digital when asked who he believes will win Most Improved Player in the league this season.

There are many candidates this year, as many surprising teams have key players who are making standout efforts compared to last season.

However, a certain quarterback flashed in Irvin’s head immediately after hearing the question. 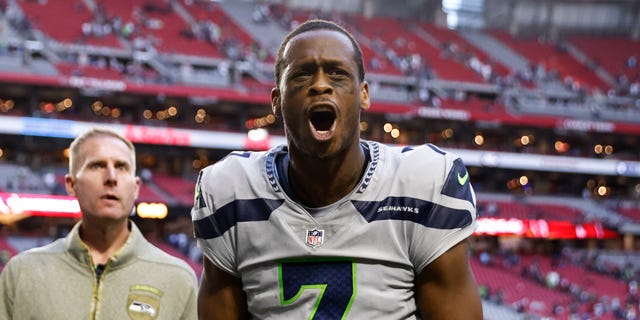 It is almost inarguable that Smith has been the most surprising quarterback in the NFL this year, efficiently leading the Seattle Seahawks offense to a 6-3 record and the current NFC West lead after their win over the Arizona Cardinals on Sunday.

Oh, that was their fourth straight win, too.

Irvin has loved every second of Smith’s journey in Seattle this season and thinks the secret sauce to his success is the simple change of scenery.

“The best positive story in the NFL, and I keep telling people. I was telling them on ‘Inside NFL’ and even ‘First Take,’ but they don’t’ understand because they’re New Yorkers. Some people can do better when they get out of places like New York because New York, if you don’t serve them right, you’re gonna get that hate,” Irvin said prior to Smith’s performance against the Cardinals. “You could be getting you some street meat, and they’d be like, ‘Man, I hope that meat tastes better than you playing right now.’ They don’t leave you alone in New York.

“Over in Seattle, you could be out and about, and you’re the quarterback, ‘Hey, Geno, don’t worry. We’re going to get him buddy. We’re behind you. We love you.’ That stuff matters.”

It was supposed to be a major transitive period for the Seahawks, who just traded away their Super Bowl-winning quarterback, Russell Wilson, to the Denver Broncos during the offseason. 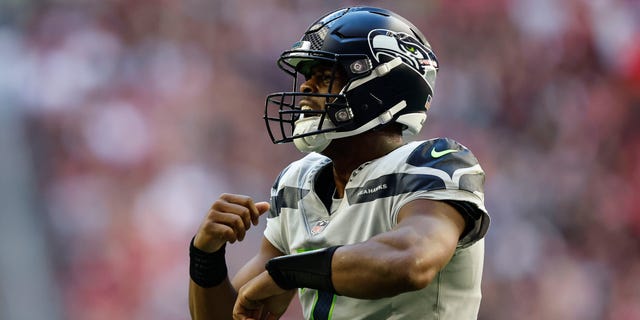 They went into training camp with a quarterback competition between Smith and Drew Lock, who came over from Denver in the trade. Smith was the clear favorite after solid preseason outings, but there were still skeptics. How good could the Seahawks really be?

Smith won a gutsy Week 1 bout with Wilson and the Broncos in Seattle, and though they would lose their next two games, the Seahawks have found their winning formula and Smith’s smart play and knack for keeping drives going has been a key factor in being this massive surprise.

“You’re seeing the talent and why the Jets really drafted him so soon because he’s by far the most improved player in the NFL,” Irvin said.

Heading into Week 9, Smith had the fourth-best passer rating in the NFL at 107.2, with only Tua Tagovailoa, Patrick Mahomes and Jalen Hurts ahead of him – all three of which are on preseason playoff contenders. He also led the league in completion rate for a starting quarterback.

However, through all the performances, Irvin pointed out the natural leadership that Smith has brought to the Seattle sideline. They did not lose it with the Wilson trade – it just switched hands.

GENO SMITH FIRES MESSAGE TO CRITICS AFTER SEAHAWKS WIN: ‘THEY WROTE ME OFF, I AIN’T WRITE BACK THOUGH’

A perfect example was against the New York Giants, a 27-13 win for the Seahawks. After veteran wide receiver Tyler Lockett dropped a sure touchdown, Smith walked over to him on the sideline, spoke to him and moved on. 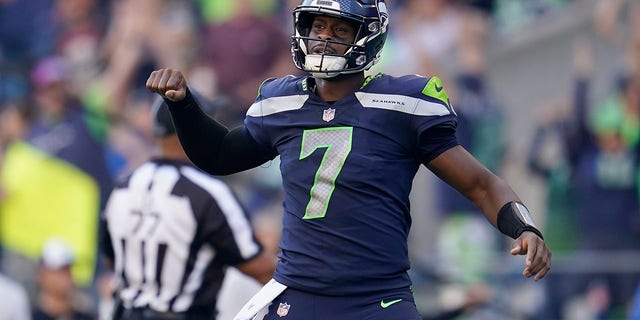 Seattle Seahawks quarterback Geno Smith, #7, celebrates a touchdown run by running back Kenneth Walker III during the second half of an NFL football game against the Arizona Cardinals in Seattle, Sunday, Oct. 16, 2022.
(AP Photo/Abbie Parr)

Lockett would go on to catch a touchdown from Smith later in the game, which would be the go-ahead touchdown that led to Seattle’s victory.

“Comes right back and hits him with a perfect [throw] and lets him win the game. That won the game,” Irvin said.

There Is still time left for others to come away with the title, But Smith’s performances have turned skeptics into believers, and not only could he be Most Improved Player, but Comeback Player of the Year might be in the cards as well.

Irvin is an investor and board member of TradeZing, a platform that is targeted at millennial and Gen Z investors who are learning the ever-evolving world of stocks, cryptocurrency and more. 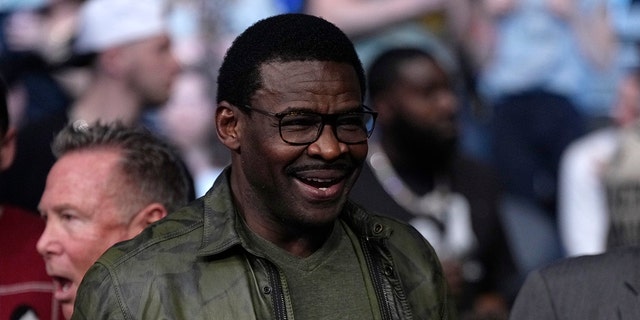 Former Dallas Cowboys receiver and Hall of Famer Michael Irvin is seen in attendance during the UFC 272 event on March 5, 2022 in Las Vegas.
(Jeff Bottari/Zuffa LLC)

“I think the best thing to do is you don’t want to miss the great opportunity that may be coming. So, you go partner with experts.”