As travela> picks up just in time for summer, nude and topless <a href="https: who are looking for their next vacation-destinations” target=”_blank”>vacation spot< and lingerie brand Pour Moi recently released two sunbathing guides – one for the world and one for the U.S. – to help people decide which countries and states allow nude or topless sunbathing.

“We know a lot of our customers like to ditch their swimsuit when they sunbathe, and with tentative steps being made towards international travel opening up, we wanted to help people find out where you can and can’t go topless when you sunbathe,” Pour Moi’s founder Michael Thompson said in a statement provided to Fox News.

“We’re a U.K. company and Brits are stereotyped as being quite prude, but it’s not true, a lot of us love to embrace more naturist ways in the sunshine,” Thompson added. “It’s been fun comparing which countries are most interested in sunbathing naked, versus what the actual nudity laws are in that country.” 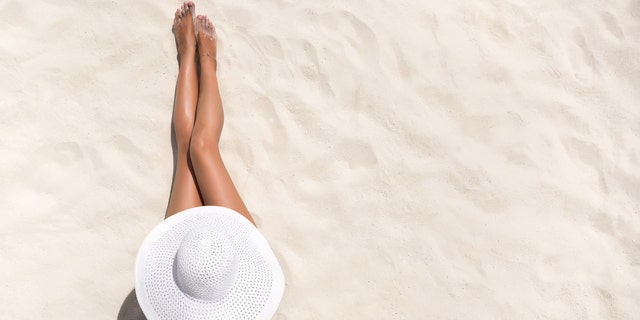 Swimwear company Pour Moi recently released sunbathing guides for the U.S. and the world, so people can find countries that allow nude or topless sunbathing.
(iStock)

GREECE TO REMOVE QUARANTINE RESTRICTIONS FOR SOME TOURISTS NEXT WEEK: REPORT

According to the U.S. map,  only four states have strict restrictions on public nudity of any kind: Utah, Indiana, Tennessee and South Carolina. 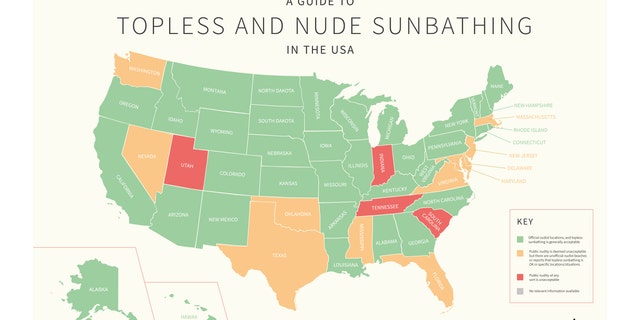 The remaining 35 states have official nudist locations and allow topless sunbathing in certain circumstances, even though some of those states have made public nudity technically illegal. Many states allow nudity as long as it’s not intended to offend others, according to Pour Moi.

The top five states that searched for those terms were Wyoming, Vermont, Alaska, North Dakota and South Dakota.

For its world guide, Pour Moi found that 39 countries allow nudity or toplessness, while 29 – including the U.S. –are more ambiguous and have some places that allow topless sunbathing.

The countries that allow nudity – even just in specific places – include a variety of places including Canada,  Brazil, Spain, Japan, Australia and Sweden. However, each country has its own rules and regulations surrounding nudity. 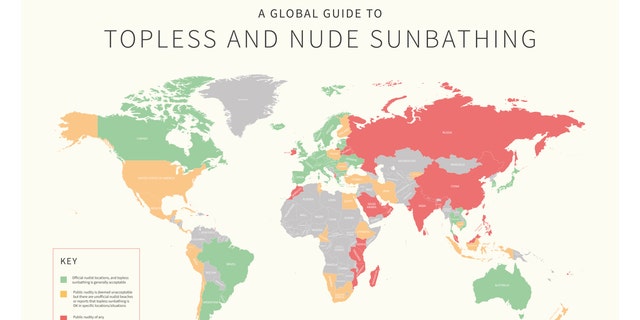 Pour Moi found that 39 countries allow nudity or toplessness, while 29 – including the U.S. – are more ambiguous, depending on where in the country.
(Courtesy of Pour Moi)

The top five countries that searched “nudist beaches,” “nudist resorts” and “sunbathe nude” the most included Australia, New Zealand, Ireland, the U.S. and Canada, according to Pour Moi.

Share
Facebook
Twitter
Pinterest
WhatsApp
Previous articleAnn-Margret reflects on ‘Viva Las Vegas,’ visiting troops in Vietnam: ‘Being with them has been in my heart’
Next articleRussia orders troop pullback, but keeps weapons near Ukraine
Fox Newshttp://iktodaypk.com