A new-york-city” target=”_blank”>Manhattan< for young children is hosting an event for parents to learn about raising babies to value anti-racism.

The Thursday event is designated for current and prospective parents of kids aged 1-5, according to an announcement for the Corlears School. It will feature a discussion of how author Ibram X. Kendi’s book, “Antiracist Baby” is being used by educators.

“This event will examine how our Early Childhood teachers are unpacking Ibram X Kendi’s board book: ‘Antiracist Baby’ and how they are curating classrooms and curriculum with an anti-racist lens. Participants will walk away with Corlears’ top five racial equity strategies towards embracing anti-racism as a family value,” Mansi Vasa, director of equity, inclusion and community life is quoted as saying.

According to its website, Corlears is a private school with programs for toddlers, preschool, nursery and elementary school. 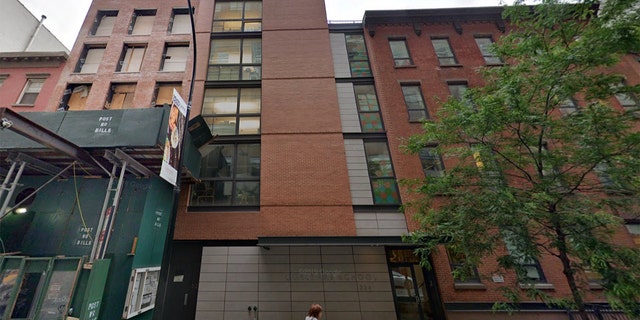 A Manhattan private school for young children is hosting an event for parents to learn about raising babies to value anti-racism.
(Google Maps)

Corlears Head of School David Egolf touted the event as an opportunity to “learn how identity develops in early childhood and how to raise families that value anti-racism.”

“As we all strive towards a more inclusive society, now is the time to examine the causes of systemic racism and how we as parents, guardians and educators have the opportunity to raise our children to be agents of change for anti-racism.”

Kendi, a noted “anti-racist” expert, has called for discrimination in his book “How to be an Antiracist.” His website describes “Antiracist Baby” as a way to introduce “the youngest readers and the grown-ups in their lives to the concept and power of antiracism.”

“Providing the language necessary to begin critical conversations at the earliest age, Antiracist Baby is the perfect gift for readers of all ages dedicated to forming a just society,” it adds.

On the school’s website, it lists 28 “social justice resources and activities for families.” For ages 2+, it recommends drawing a “self portrait” and talking “about skin color.” Another activitiy is titled “explore self-portraits of people with diverse skin tones.”

The school also offers books for different age groups (2-4, 5-7, and 8+). One of the 8+ books is “Not My Idea: A Book About Whiteness” by author Anastasia Higginbotham.

According to The Atlantic, a portion of the book includes a devil with a contract “blinding you to whiteness.” The imaginary terms offer “stolen land,” “stolen riches,” and “special favors.” It adds that “WHITENESS gets” “your soul” and “to mess endlessly with the lives of your friends, neighbors, loved ones, and all fellow humans of COLOR.”

The end contains a section for signature and notes “[l]and, riches, and favors may be revoked at any time, for any reason.”

Corlears School created a diversity committee in 2006 and currently features a page for its social justice curriculum. Its committee was created after a “diversity audit” by Orpheus Crutchfield at StratéGenius, the website states.

StratéGenius currently lists as one of its member organizations Grace Church School, which received attention this week after one of its teachers published an op-ed claiming that his students were being “indoctrinated.”

That was the same private school that warned about using the terms “mom,” “dad,” and “parents,” which could purportedly be inappropriate because they make assumptions about kids’ home lives.

“Anti-racism,” which is often compared to actual racism, has been a common concept in schools’ curricula across the U.S. While much of the programs have focused on older students and teachers, other recently-surfaced materials have discussed anti-racism in babies.

Chris Rufo, a contributing editor at City Journal, is currently leading a legal coalition to combat ideas like “anti-racism” and critical race theory through the courts.

He told Fox News that Corlears’ event was “not education, it is political indoctrination.”

“Recruiting infants and toddlers into a political ideology is deeply manipulative and damaging to children. This is the kind of program that was commonplace in 20th-century totalitarian regimes such as the USSR and Communist China. The fact that it is now happening in elite private schools in the United States should cause all Americans to recoil.”

Rufo previously flagged material from the Arizona Department of Education, which suggested babies needed anti-racist education. It warns that at three months, infants look more at the faces that match the race of their caregivers.

A graphic maps out purported racial biases from infancy to 6+ years of age. “Silence about race reinforces racism by letting children draw their own conclusions based on what they see,” the graphic reads. The title of the graphic appears to be “They’re not too young to talk about race!”

In a statement confirmed by Fox News last month, the Arizona Department of Education said it was reviewing the material. It added that department didn’t mandate the resources as curriculum for students, noting that curriculum was set at the local level.