White House press secretary Jen Psaki on Wednesday dismissed concerns raised by top military officials and the CIA about joe-biden” target=”_blank”>President Biden< by September, maintaining that terror threats have “evolved,” and military and national security strategy needs to be adjusted to focus on the threats as they stand in 2021.

Biden is set to deliver remarks Wednesday afternoon to formally announce his decision to withdraw 2,500 U.S. troops from Afghanistan on Sept. 11— the 20th anniversary of the 9/11 attacks.

Sources told Fox News that most military commanders in the region have recommended leaving a level of 2,500 troops on the ground in Afghanistan, but Psaki, on Wednesday, called that an “over-characterization.”

“I think that is an over-characterization of every military leader, and I don’t think they’ve all provided their point of view on what their advice is,” Psaki said. “The president welcomed the advice, and at times disagreement, about what the appropriate path forward would be.”

Psaki said that the terror threat as “metastasized” and spread to “many other regions in the world.” 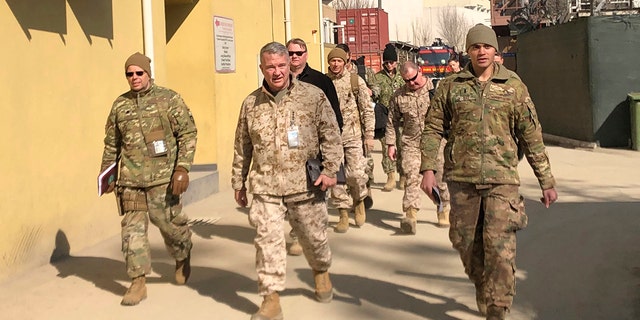 Meanwhile, CIA Director Bill Burns on Wednesday testified before the Senate Intelligence Committee and said that the United States’ ability to collect intelligence and act on threats will be reduced when U.S. troops leave Afghanistan.

“When the time comes for the U.S. military to withdraw, the U.S. government’s ability to collect and act on threats will diminish. That’s simply a fact,” he told the committee Wednesday, adding that the United States would, though maintain “a suite of capabilities.”

When asked about Burns’ assessment, Psaki said that the CIA director “is someone who the president takes advice, counsel from, and certainly listens to when he shares his point of view.”

“I will again reiterate, as he would say, and as intelligence officials have said publicly, that the threats have evolved,” Psaki said. “We need to approach how we look at counterterrorism through the prism of what the threats are in 2021.”

Psaki explained that based on the new threat assessment, Al Qaeda “is not being harbored in a safe haven in Afghanistan as it was 20 years ago,” saying that the Biden administration needs to “have the resources” to have “assets to address the threat where we see it growing,” such as in Northern Africa and the Arabian Peninsula. 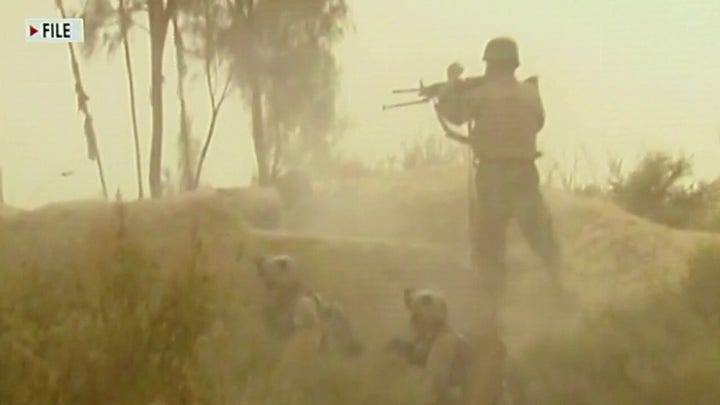 “Ultimately, the president made the decision that because the terrorist threat has evolved, because we have done exactly what we said we would do when we went to Afghanistan – to deliver justice to those who attacked us on 9/11, and because he believes that more time would not result in a military solution, that now is the time to leave,” she said.

The Biden administration is expected to keep some intelligence and military capabilities in the region to deal with any threats, Psaki said, while maintaining that the U.S. will work with partners in the region, and maintain a presence to “allow ourselves to keep an eye on the terrorist threat.

Biden is facing bipartisan pushback over his plans to withdraw all U.S. troops from Afghanistan, as Republicans and Democrats alike sound the alarm over whether the move could be too soon.

The Trump administration also aimed to withdraw American forces from Afghanistan – setting a deadline of May 1, if certain conditions in its negotiations with the Taliban were met, but the Biden Administration has pushed back the deadline to Sept. 11.

If U.S. troops are withdrawn, that would mean all American forces would be out of the country by the 20th anniversary of the 9/11 attacks.

“I’m very disappointed in the president’s decision to set a September deadline to walk away from Afghanistan. Although this decision was made in coordination with our allies, the U.S. has sacrificed too much to bring stability to Afghanistan to leave without verifiable assurances of a secure future,” Shaheen said in a statement.

“It undermines our commitment to the Afghan people, particularly Afghan women,” she continued. “I urge the Biden administration to make every effort between now and September to safeguard the progress made and support our partners in the formation of an inclusive, transitional government.”

One House member, who served four tours in Iraq as a U.S. Marine, Rep. Seth Moulton, D-Mass., said it is “clear” that the U.S. “won’t win the war in Afghanistan,” but said “there are still devastating ways we could lose.”

There was also bipartisan praise for Biden’s plan – with progressives calling it overdue.

“I applaud President Biden for achieving an impossibility here in Washington: ending a forever war,” Rep. Ro Khanna, D-Calif., said, even as Biden was technically extending the deadline to withdraw troops. “It is an act of extraordinary political courage and vision. After 20 years, thousands of lives lost, and trillions of dollars spent, we are finally bringing home our troops from Afghanistan.”

As the 10-year anniversary of the killing of Usama bin Laden approaches on May 1, senior U.S. military leaders have long warned a similar raid would be much more difficult without U.S. military troops based in Afghanistan. The Navy SEAL assault force launched from Jalalabad in eastern Afghanistan not far from the border with Pakistan.

The United States has been aiming to draw down its military presence in the Middle East for years, and it is unclear if there are conditions that could delay the removal of American forces from Afghanistan before the Biden administration’s target date.

Meanwhile, the intelligence community on Tuesday released its annual worldwide threats report, which assessed that terrorist groups, like ISIS and al-Qaeda, as well as Iran and its militant allies, will “continue to plot terrorist attacks against U.S. persons and interests, including to varying degrees in the United States.”

“Despite leadership losses, terrorist groups have shown great resiliency and are taking advantage of ungoverned areas to rebuild,” the report states.

The intelligence community assessed that ISIS and al-Qaeda remain the greatest Sunni terrorist threats to U.S. interests overseas, and said the groups “seek to conduct attacks inside the United States.”

The report, though, says U.S. and allied counterterrorism efforts have “broadly degraded their capability to do so.”

“The American people should know as much as possible about the threats facing our nation and what their intelligence agencies are doing to protect them,” Director of National Intelligence Avril Haines said in a statement Tuesday.