Rep. Marjorie Taylor Greene, R-G announced an effort Sunday to expel Rep. Maxine Waters from Congress after she told protesters in Minnesota to “get more confrontational” if Derek Chauvin isn’t convicted of murdering george-floyd” target=”_blank”>George Floyd<in Brooklyn Center, which has become a flashpoint for protests following the fatal police shooting of Daunte Wright.

“I’ll be introducing a resolution to expel Rep. Maxine Waters from Congress for her continual incitement of violence,” a statement from Taylor Greene’s office reads.

REPUBLICANS SLAM MAXINE WATERS FOR TELLING RIOTERS TO GET ‘CONFRONTATIONAL’ 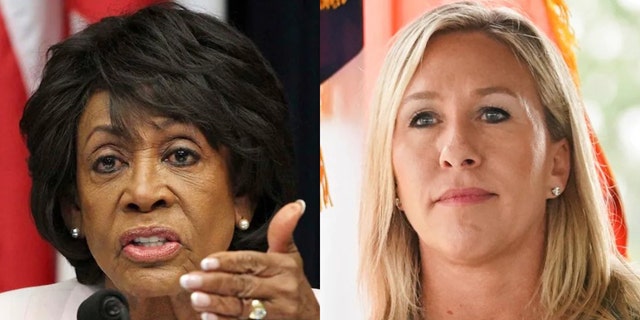 Waters said she was “hopeful” Chauvin would be convicted of murder, but if he isn’t, “we cannot go away.”

Taylor Greene called Waters “a danger to our society,” and accused her of “traveling across state lines to incite riots.”

“Her orders recorded on video last night at the Brooklyn Center, directly led to more violence and a drive by shooting on National Guardsmen in Minnesota early this morning,” she writes.

“As a sitting United States Congresswoman, Rep. Maxine Waters threatened a jury demanding a guilty verdict and threatened violence if Chauvin is found not guilty. This is also an abuse of power,” she continued, before adding, “Rep. Maxine Waters must be expelled from Congress!”

Taylor Greene was not the only Republican to take issue with Waters’ remarks.

“The Radical Left don’t care if your towns are burning, if there’s violence in your streets, or if the police are too defunded to defend their communities. As long as the Left appeases their anti-America base, their job is done,” Rep. Andy Biggs, R-Ariz., wrote on Twitter.

“Why is Maxine Waters traveling to a different state trying to incite a riot? What good can come from this?” Rep. Lauren Boebert, R-Colo., tweeted.

Waters said she plans to stay in Minnesota until Monday when closing arguments are expected in the Chauvin trial, New York Times reporter Nicholas Bogel-Burroughs reported.

She told MSNBC that she was in Minnesota to be “auntie Maxine” and support young people of color.

“I wanted to be there as auntie Maxine to show them, not only do I love them and support them, but they can count on me to be with them at this terrible time in all of our lives.”

Waters has a history of in-your-face remarks and impassioned statements. In 2018, the California Democrat called for her supporters to “create a crowd” and publically “push back” against members of the Trump administration.