music” target=”_blank”>Kings of Leon< draft activities on a stage close to the Rock & Roll Hall of Fame later this month.

events will open the festivities on April 29 with a performance as the draft returns to a more normal state after being held virtually in 2020 because of the infectious-disease pandemic.

In addition to being a top-selling act, lead singer Caleb Followill, his brothers Nathan and Jared and cousin Matthew are also football fans and have closely followed nfl quarterback baker-mayfield” target=”_blank”>Baker Mayfield’s career<. 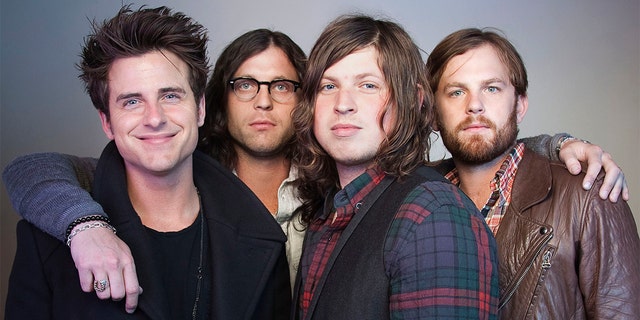 FILE – In this Oct. 21, 2010 file photo, members of the band Kings of Leon, from left, Jared Followill, Nathan Followill, Matthew Followill and Caleb Followill, pose for a portrait in New York. The group is set to help kick off NFL draft activities later this month. (AP Photo/Victoria Will, File)

A massive stage is under construction near the Rock Hall and FirstEnergy Stadium, the Browns’ downtown home.

Cleveland will be represented by the Cleveland Metropolitan School District’s All-City Choir, which will sing a special rendition of “Lift Every Voice and Sing.” The local cover band The Sunrise Jones will serve as the house band for the first two nights of the draft.

Headlining musical acts for the second and third days of the draft will be announced in the coming weeks.