celebrity-news” target=”_blank”>Rusty Young<, has died, Fox News can confirm. He was 75.

Per the outlet, Poco was formed in 1968 by Young, Richie Furay, Jim Messina, George Grantham and Randy Meisner, who was soon replaced by Timothy B. Schmit. Over its 50-plus-year history, Young was the only original band member to stay with Poco.

Although Young had planned to retire over the years, iterations of the country-rock group went on with Young leading the band, according to Variety.

Bassist and vocalist Jack Sundrud called Young “an innovator and a rock star.” “He remained the one constant in Poco for 53 years.  It was an honor to perform alongside him for more than 25 of those years,” Sundrud said in a statement obtained by Fox News.

Sundrud added: “He was a gentle and kind man, and a great friend.  I will miss him dearly.” 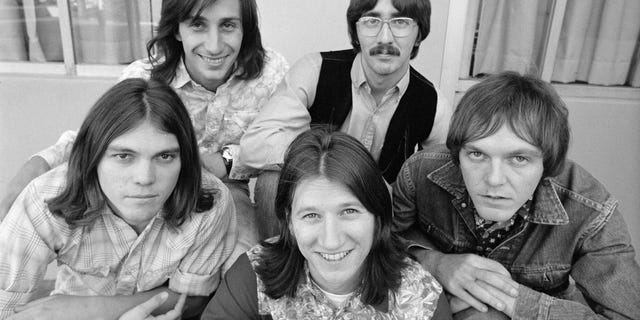 Rick Lonow called Young “a truly gifted musician” who was “a pioneer in “melding… ‘country instruments’ with rock music.”

The drummer, who also played with The Flying Burrito Brothers, added, “I love you Rusty; it was an honor to have played music with you.”

Guitarist and vocalist Tom Hampton said, “It might sound cliché to say he changed my life, but he did – in a profound way.  I just can’t believe he’s gone.”

Born on Feb. 23, 1946, in Long Beach, Calif., Norman Russell “Rusty” Young is attributed as one of the first musicians to integrate a pedal steel guitar, which was heavily associated with genres at the time, into rock & roll, according to Rolling Stone.

Following the departure of several original bandmembers in the ’70s, Young became a frontman for the group. He also wrote Poco’s biggest song, “Crazy Love,” in 1978. 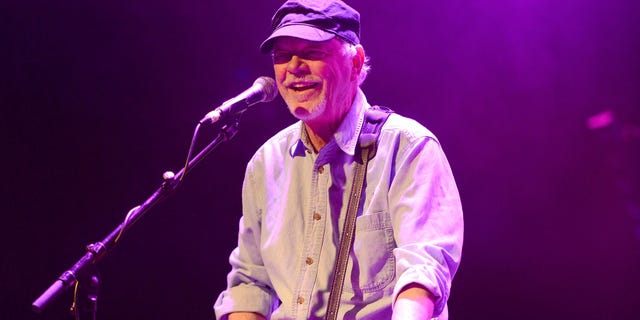 Singer Rusty Young of the band Poco performs onstage at The Canyon Club on November 10, 2017, in Agoura Hills, California. Young died on Wednesday after suffering a heart attack. He was 75.
(Scott Dudelson/Getty Images)

In a 2014 interview with Goldmine, Young said: “I think things went the way they were supposed to go. We did have a big hit in 1978, and if it hadn’t been for Richie (Furay) leaving the band, and Timmy (Schmit) leaving the band, and Jimmy (Jim Messina)  leaving the band, I never would have been a songwriter or a singer, so those things had to happen for my life to be the life it is. So I’m really pleased.”

Poco was putting on shows as recently as March 2020 until the COVID-19 pandemic brought everything to a halt. In 2017, Young released his first-ever solo album titled, “Waitin’ for the Sun.”

Young is survived by his wife Mary, their daughter Sara and son Will, and Mary’s three children Joe, Marci and Hallie. He also has five grandchildren.