education” target=”_blank”>U.S. schools< keeps some students out of classrooms and on their computers.

People in states across the country have taken note of the bizarre practice. Jason Hammer, the Indiana-based radio host of the “Hammer and Nigel Show,” tweeted a video about his son’s virtual fire drill on Wednesday.

“Today we have a virtual fire drill, [and] they are showing us where to walk out of the building that we are not in right now in case that building catches fire,” Hammer’s son, a student at Beech Grove High School taking online and in-person classes during the coronavirus pandemic, said in the video while showing a blueprint of the school’s building on his computer screen.

Hammer told FOX Business that the drill seemed like a “complete waste of time,” and he thought his son was playing a joke when he first told him about the virtual drill, which is why he decided to record and share it on social media.

Melody Stevens, communications director for Beech Grove City Schools, said the school knew some parents would “think it was silly to hold it while others have applauded the effort.”

“A lot of parents need to try to remember to walk in the shoes of a high school principal during [a] pandemic,” she said. With Beech Grove’s new hybrid school model — which allows students to chose whether they want to attend school online, partially online and in-person or completely in-person — the school’s administration is trying to keep all students on the same page.

The Indiana Department of Education said it requires all schools to conduct a fire drill within the first 10 days of classes, but it does not mandate or requests that schools conduct virtual drills. 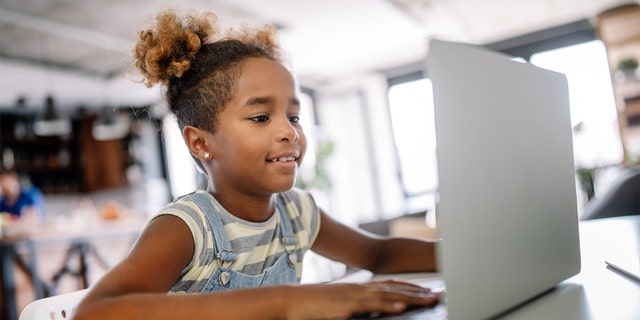 Beech Grove High School’s administration wanted to make sure “every student would be provided the same services and activities, whether they are in school, at home or on the hybrid schedule” because “online learners have the option of coming back to school after the first nine weeks,” she said.

Since as early as March, students attending both private and public schools in Indiana, Ohio, Kentucky, Texas and Nevada have been conducting virtual drills to give students a break from their everyday routines. Some teachers encouraged their students to post pictures of their unexpected outdoor excursions on social media.

Chandra Barnett, principal of J.L. Long Middle School in Dallas, said her school conducted a virtual fire drill back in March to keep students “involved in school,” she told CBS Dallas-Fort Worth. Students were encouraged to take pictures of themselves outside after “evacuating” their homes as part of the virtual drill and share them with classmates online.

“To have a smile, to laugh, is great,” Laashawn Guillory, an assistant principal, told the outlet. “At the end of the day, we want them to know that we love them, we care for them, no matter where they are they have our hearts.”

Students were told to evacuate their homes, take a headcount of family members and incorporate a bit of physical activity into the drill, the Review-Journal reported, adding that other schools have similarly incorporated virtual drills into their schedules and encouraged social media posts sharing the mid-day breaks.