Stormy weathera> on Thursday afternoon delayed divers from searching for 12 survivors who have been missing from the <a href="https:, a capsized oil industry vessel off the coast of us-regions, according to reports.

Marion Cuyler, who is engaged to the lift boat’s crane operator, Chaz Morales, spoke to reporters Thursday outside a two-story fire station at Port Fourchon, a sprawling port where much of the industry that services the oil rigs in the Gulf of Mexico is based.

After briefings by executives with boat owner Seacor and the military, she said they were told that divers entered the water Thursday morning, paused because of rough weather and were returning later. She said she believes all 12 missing people are on the vessel.

“I heard from someone that was rescued that they are in the boat — which is why we needed those divers in the water, as quickly as possible,” she said.

Cuyler wavered between optimism and fear as she spoke but held out hope that Morales was in a part of the ship that had air after the accident and would be rescued alive. 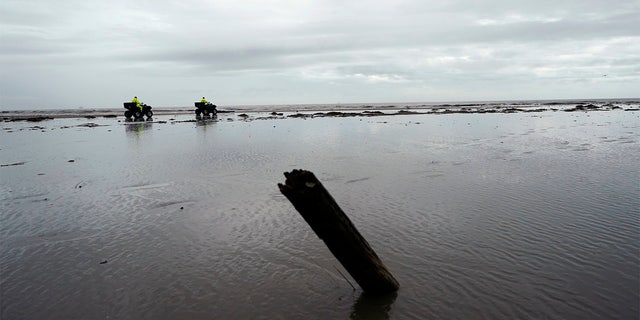 “Hopefully, they are all in one room, and they can just rescue them all in one day,” she said.

She said she and other family members are frustrated and want answers about why the boat went out in the first place.

“I asked, ‘Who gave the orders’ and of course — silence,” she said. Cuyler said she’d told her husband-to-be that he shouldn’t be going out in such weather. “And he knew they shouldn’t have been going out.”

Rescuers don’t know whether any of the missing might be caught inside the lift boat that flipped over Tuesday in hurricane-force winds and high seas about 8 miles off the coast of Louisiana, Coast Guard spokesmen said. 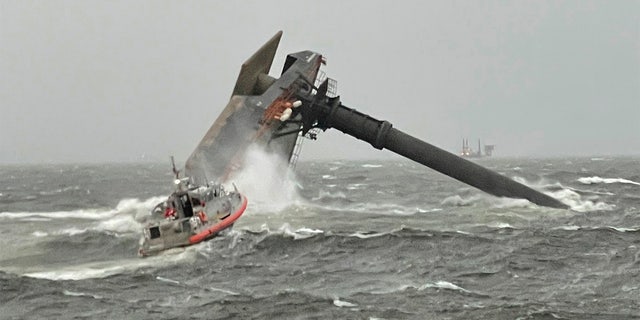 “There is the potential they are still there, but we don’t know,” Petty Officer 2nd Class Jonathan Lally said early Thursday. “We’re still searching for 12 people because there are 12 still missing.”

Workers from across Louisiana and other parts of the country arrive at Port Fourchon to load up on the fleet of helicopters and ships that take them to the oil rigs miles out for long stretches of work. The flat landscape is punctuated by cranes where cargo can be loaded or unloaded and docks or hangers to make repairs.

Coast Guard members in a boat made their way to within a few yards of the capsized vessel and tried throwing a hammer at the hull to make contact with potential survivors, the agency said in an update Thursday afternoon.

Six people from the Seacor Power were rescued alive and one person’s body was recovered from the water Wednesday as searchers scanned an area roughly the size of Hawaii, the Coast Guard said.

The event has been classified as a “major marine casualty” by the Coast Guard. The National Transportation Safety Board has also joined the investigation.

The Lafourche Parish Coroner’s Office identified the recovered body as David Ledet, 63, of Thibodaux — a town in southeastern Louisiana where many people work in the oil industry. 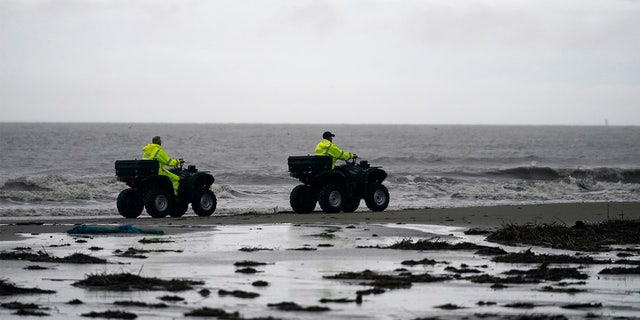 “Capt. Dave was awesome,” Joshua Segura, a mate and crane operator, said on Facebook. He said he had worked with Ledet before moving to another offshore company, describing him as one of the nicest and most humble people he’s met.

“Captain David has been on that boat over 15 years and is one of the most experienced captains I’ve ever worked with,” he wrote.

Part of the overturned ship’s hull and one of its legs were still visible, leaving most of the bulky vessel underwater, in an area 50 to 55 feet deep, according to the Coast Guard. Also called a jackup rig, it has three long legs designed to reach the sea floor and lift the boat out of water as an offshore platform.

The search is not limied to the sea. Authorities used all-terrain vehicles to search the shoreline near Port Fourchon. 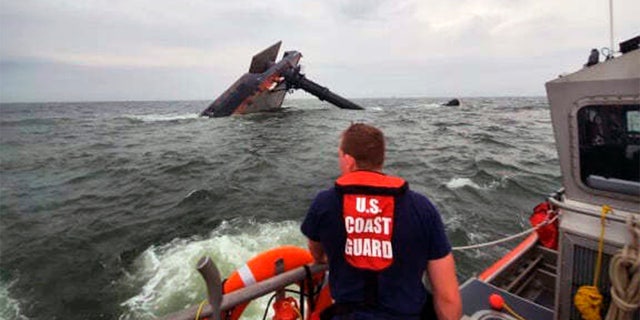 “There are some local guys that are on that vessel,” Lafourche Parish President Archie P. Chaisson III said. “It’s a very tight community in that industry. Those crews are very tight. This crew had apparently been around for a while working together.”