Sen. Cotton has 'real doubts' about US Navy's ability to defeat China in battle

Sen. Tom Cotton, R-Ark., expressed concern about the military‘s ability to take on world-regions in battle Tuesday on the heels of a new military report detailing a culture of bureaucracy that has shifted away from warfighting. Cotton joined “America Reports” to discuss the study that he helped commission.

Sen. Tom Cotton: I believe the surface Navy, our destroyers, and other surface combatant ships need a cultural change. I think some of this goes back 30 years to the fall of the Soviet Union and the loss of a pacing peer competitor on the seas. But this report is not coming from me, is not coming from my counterparts in the House, Congressmen Gallagher, Banks, and Crenshaw. It’s coming from sailors, it’s coming from the sailors and their chiefs and their junior officers, and in some cases, commanding officers who have lost confidence that the Navy’s surface warfare component is ready to fight and win tonight. You’ve heard the report from Lucas and the questioning that I had for the nominee to be Secretary of the Navy today about the administrative burdens, the zero-defect mentality, the focus on training for things other than warfighting. Obviously, the Navy has a big and complex task, but the single most important thing we have our surface Navy for is to be ready to fight and defeat the Chinese Navy. And right now, I have real problems — real doubts – the Navy has instilled the kind of warfighting mentality that would allow us to accomplish that goal.
…

It’s true that we’ve allowed China to steal a march on us that relates especially shipbuilding. China has been engaged in a massive shipbuilding campaign. We need to do more of that in the United States as well. We need to build more ships, we need a larger Navy. But just as important is how we train our sailors, especially our leaders, on those ships. And this report shows that in some cases, surface warfare officers were simply given 23 DVDs and sent out to the fleet and told [to] read these in your spare time to get trained. We would never do that to a Navy aviator, we would never do it to a Navy nuclear engineer. We shouldn’t be doing it to our surface warfare officers either. They deserve a lot better, and the sailors they lead deserve a lot better as well.

WATCH THE ENTIRE INTERVIEW BELOW: 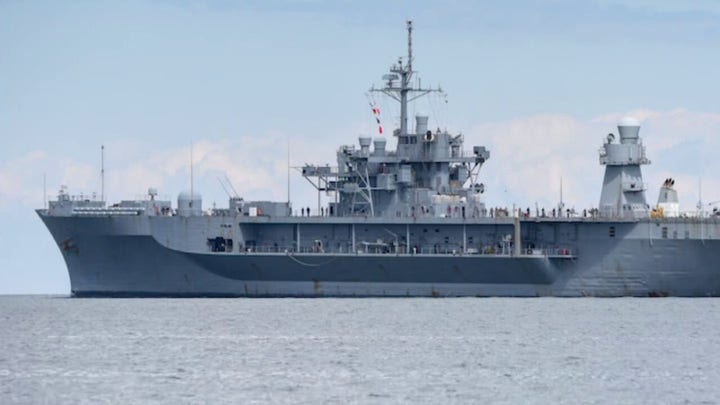