Airports in Miami, Fort Lauderdale and Orlando have seen hours of delays due to damaging winds and severe storm threats including tornadoes and hail across South Florida, according to the Storm Prediction Center. As of Monday morning, more than 7,000 people were left without power, according to poweroutage.us. 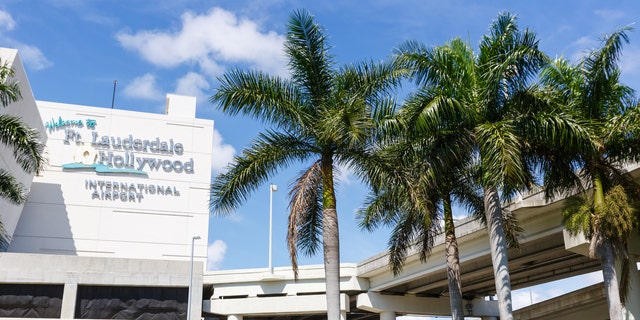 Airports in Miami, Fort Lauderdale and Orlando have seen hours of delays due to damaging winds and severe storm threats Sunday. (iStock).

“An instance or two of marginally severe hail may accompany the stronger storms across the Florida Peninsula over the next few hours,” the Storm Prediction Center forecasted late Sunday.

NATIONAL WEATHER FORECAST: AREA OF LOW PRESSURE TO BRING WINTRY WEATHER ACROSS NORTHERN TIER OF THE US

As many as 142 flights were canceled, and 70 were delayed on Sunday as a result of severe storms, a spokesperson for Miami airport confirmed to the Miami Herald, which noted impacted airlines included American, JetBlue, Delta, Frontier, United and Southwest.

Flight delays have sent bookings for rental cars, buses and hotels surging leaving many stranded at the airport making it impossible to social distance leaving many passengers lashing out at airlines.

“I love being stranded in Miami airport with literally no solid answers from your employees, way to delay flights and not have staff assigned for delayed flights, you guys do a real smack up job let me tell you,” one traveler tweeted at JetBlue.

Another noted being stranded at Miami International Airport for more than 10 hours “with no pilots or flight crews” saying it was the “most horrific airline experience,” and even tweeting the treatment was “inhumane” with a photo of people lining up for food at a vending machine at 1 a.m. on Monday morning.